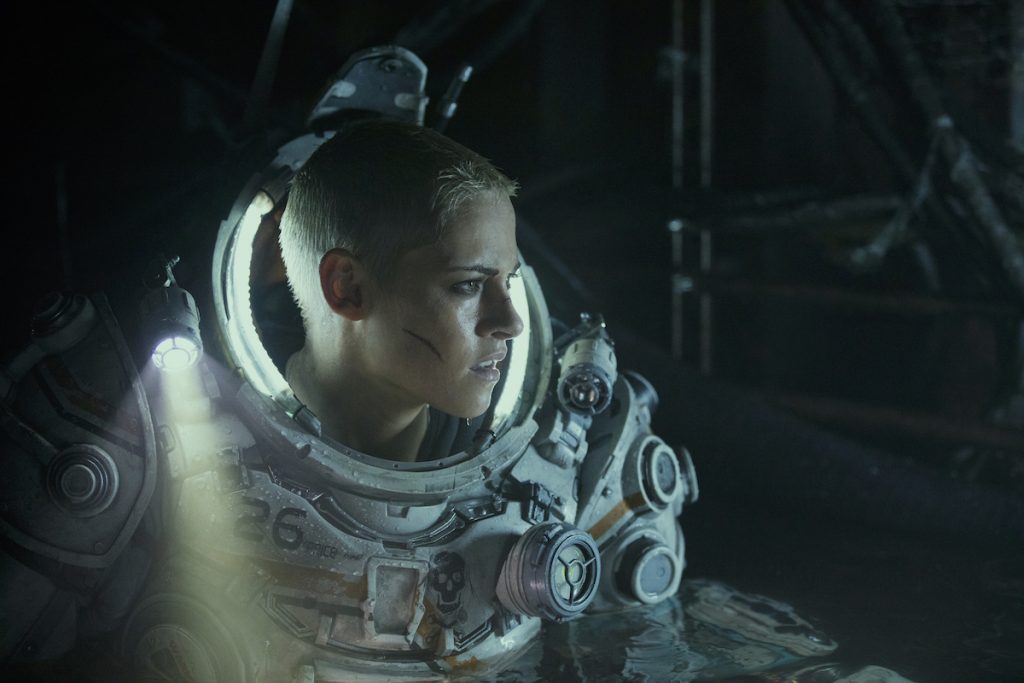 Underwater, no one can hear you scream!
(unless of course they have a mic in their dive suit helmet and you do too, and then you can definitely hear them scream but I digress)

It’s easier to just get the comparisons out of the way right off the bat. The hot take will be that “Underwater” is “Alien” at the bottom of the ocean. And, of course, there’s some truth to that, or people wouldn’t be saying it. Sure, “Underwater” follows a female primary protagonist, who is part of a crew trying to stay alive amidst the presence of mythical deadly creatures, but much of the film plays out a lot more straightforward than you might expect, instead resembling a traditional natural disaster escape movie.

Narratively, “Underwater” isn’t too deep (heh), and that’s perfectly alright. Director William Eubank makes a great choice utilizing the credits sequence to provide background information that normally would be delivered via boring, pace-slowing exposition. Instead, a collection of newspaper articles, scientific papers, and memos flashing behind the credits tell us that our setting is a drill site in the Mariana Trench, where the deepest drilling in history is taking place, and that reports of mysterious shadowy creatures have been made. Once inside Kepler Station, we meet Norah (Kristen Stewart), reflecting on the isolation and timelessness of life in the deep while brushing her teeth. Within minutes, though, a breach of the station hull occurs due to an earthquake and what follows is a 90-minute rush to rescue, survive, and escape. Along the way, Norah, a mechanical engineer, teams up with fellow survivors. They include a wise-cracking, Alice in Wonderland obsessed goof played by T.J. Miller (who surprisingly has a few jokes actually land), their calm and collected Captain (Vincent Cassell) of the station, and a few others. The Captain proposes a dangerous plan where they will don their deep-sea suits, descend, and then traverse the nearly 7-mile deep ocean floor to reach another station that still has working escape pods. They all know it’s insane, but they have no choice. What follows is a suspenseful group effort to stay alive; some do, some don’t. At times it definitely gets ridiculous and some of the more chaotic action is nearly incoherent in the dark watery setting, but mostly it’s a hell of a lot of fun, with the dialogue kept at a minimum and the propulsive intensity dialed up high throughout. Stewart is a capable lead and her considerable talent is on display, even when not really necessary. She carries an emotional weight for the crew that elevated the film for me, and she is also a part of the film’s most memorable monster moment.

The concept of “Underwater” certainly could have been presented in a longer, smarter, and more dramatically heavy film – one that isn’t so predictable, doesn’t play fast and loose with science, and gives a more thorough explanation about the creatures encountered. But that’s not this movie, and as I said in the beginning, that’s okay. What “Underwater” does is deliver a fast-paced, claustrophobic, action-thriller (backed by an excellent Marco Beltrami/Brandon Roberts score) that works perfectly fine without sea monster aliens even introduced, but that takes joy in leaning into its creature feature third act. It’s wild and at times silly, but I had a great time watching it and would gladly sit through it again when it releases on home video. Not every movie needs to have depth (heh again) to be entertaining, even if its title makes you think otherwise.