LESSON #1: HUBRIS, MORE OFTEN THAN NOT, COSTS MONEY— No studio executive in their right mind is going to intentionally lose money versus a genius’s hubris. Filmbro golden calf Christopher Nolan can say he’s not worried about his future Tenet box office performance (now bumped to August 12th), but I guarantee you the pearly bean counters are. They’re not leaving earning potential on the table just to appease a filmmaker, no matter how virtuoso he is. They’ll let him walk, and he can’t take his movie with him. Patience, Christopher, patience. Just wait and let your biggest nation of audience get healthy.

LESSON #2: PREMIUM VOD WILL EMERGE AS A VIABLE OPTION— Family fare like Trolls: World Tour and Scoob! have tested the VOD waters for family attention. The King of Staten Island and Irresistible have tempted adult crowds. The question becomes what happens when a popular title for the masses becomes available for a premium rental. Who bites? If enough do, just as this recent Hollywood Reporter column suggests, expect this premium option (PVOD) to become a new go-to or must for craving audiences. The key is price point and the opponent is piracy. 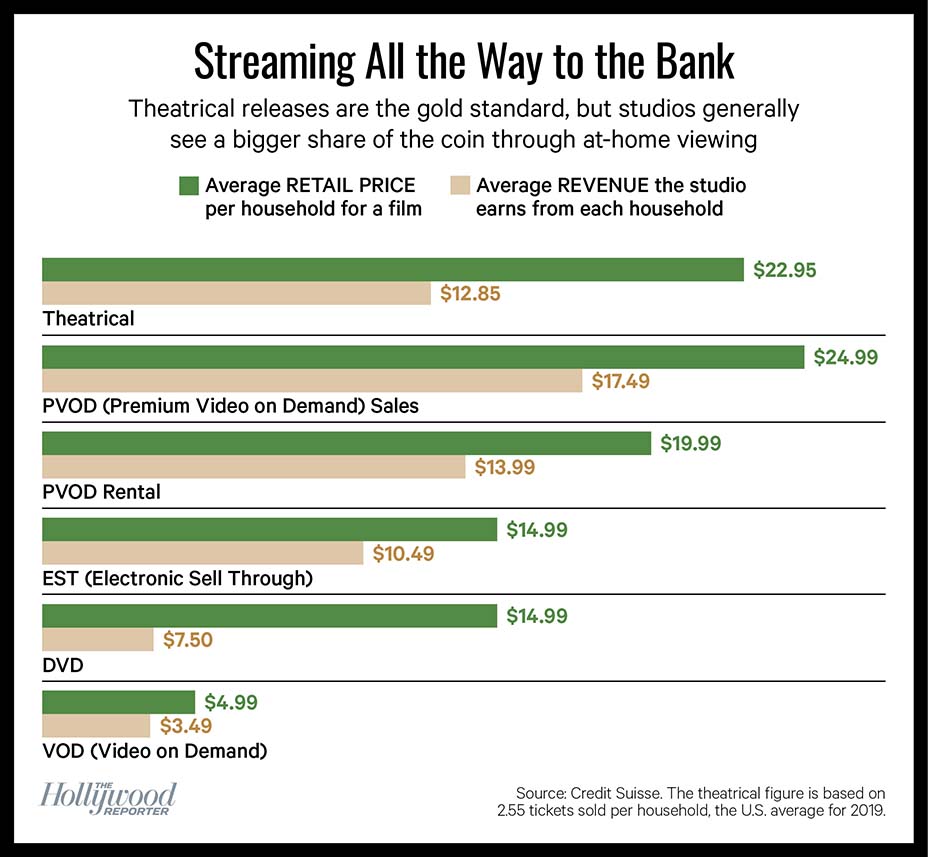 It’s a matter of time when the right big title and the right price gets the customers to come running for a rental.

LESSON #3: IT’S WALLET DESTRUCTION WEEK— Speaking of money, this week is going to destroy the mattress money, nest eggs, swear jars, and piggybanks of physical media fans and cinephiles with low will power. It’s Barnes & Noble’s semi-annual 50% off Criterion sale. At the same time, the Warner Archives has opened its 4 for $44 sale. If you are someone survived the recent Arrow, Kino Lorber, and Target sales this summer without subsidizing your home or pawning your car, you’re so screwed now.

LESSON #4: THE OSCARS CANNOT GET AHEAD— There’s good news outnumbered by bad news. The good news is diversity keeps notching wins and the Academy recently added 819 new members with 36% of them being POC. That’s an ongoing shift they have long needed and each year will continue to bring new blood. As soon as they do that, they take two steps back when the MPA announced they are allowing agents the right to vote for Oscars. That’s beyond stupid and out of touch. That immediately inserts favoritism and more selfish and showy campaigning and placating that the Oscar cycle already has too much of. Agents are not artists, period.. They are not on the same level of industry professionals who make the movies. They should be removed from this arena.

LESSON #5: ONCE AGAIN, THERE IS NO BETTER TIME TO EDUCATE YOURSELF— In a callback to my last regular WWTW, the educational opportunity for our time at a social-distancing home with a buffet of media choice at our fingertips continues. While parents and schools mull what it’s going to take to go back to school buildings, you parents can be a homeschooler of film. If you need a “curriculum,” let PBS, Martin Scorsese, and Film School Rejects curate your content starting here. For more, PBS has a “Crash Course Film History” series on YouTube and Film School Rejects has a new “Cinephile Summer Camp” column. Get you some education!

DON SHANAHAN is a Chicago-based and Rotten Tomatoes-approved film critic writing on his website Every Movie Has a Lesson. His movie review work is also published on 25YL (25 Years Later) and also on Medium.com for the MovieTime Guru publication.  As an educator by day, Don writes his movie reviews with life lessons in mind, from the serious to the farcical. He is a proud director and one of the founders of the Chicago Independent Film Critics Circle and a member of the nationally-recognized Online Film Critics Society.  As a contributor here on Feelin’ Film now for over two years, he’s going to expand those lessons to current movie news and trends while chipping in with guest spots and co-hosting duties, including the previous “Connecting with Classics” podcasts.  Find “Every Movie Has a Lesson” on Facebook, Twitter, and Medium to follow his work. (#136)