“It’s not the mic, it’s the podcaster.” There’s no way around it. We’re humongous life-long fans of the original “Top Gun” and haven’t loved a movie like this in a long time. We gush and thoroughly cover what we feel is one of the best legacy sequels of all-time, as well as talk some about the career of Tom Cruise and how this film speaks about both his future and the film industry. Enjoy. 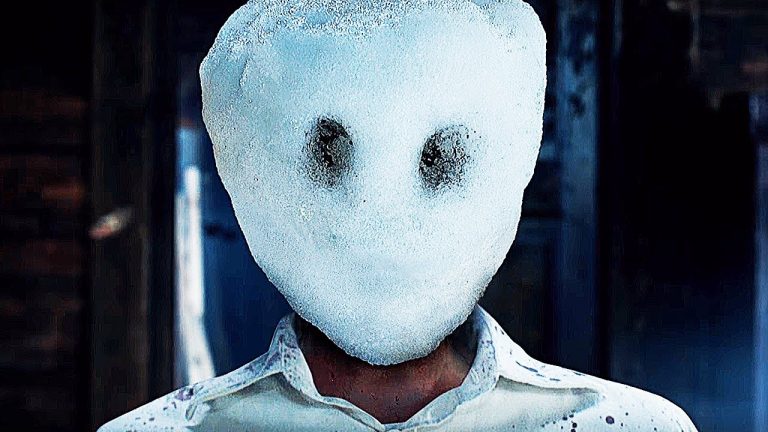 When one reads the reviews of film critics, chances are that you’ll notice they tend to talk about a film for a bit before getting into what they actually thought about the movie itself. I assume this is because they want people to scroll through the whole thing, maximizing your exposure to their advertisers, so they bury the lede. I’m not a film critic, I’m just a guy who sees a lot of movies, so I don’t really know about all that. What I do know is that The Snowman sucks. It sucks hard.

I should probably tell you about the plot, even though I don’t really want to. Basically someone is killing women and putting their heads on snowmen. Michael Fassbender plays Harry Hole (yes, Harry Hole), a drunk detective who teams up with his new co-worker (Rebecca Ferguson) to solve these murders. At the same time, Fassbender is trying to be a father figure to his ex-girlfriend’s son while Ferguson is secretly working hunches of her own on the case due to a connection with where she’s originally from. If I had to find something good to say, I’d commend Fassbender and Ferguson for being as good as you’d expect them to be. The film isn’t terrible because they mailed it in, that’s for sure. Oh, and Val Kilmer shows up for a few minutes, or at least someone who is wearing Val Kilmer’s face. It’s hard to tell, really. To say much more would be to spoil it I suppose, although I’d argue that if the choices are paying to see the film and my spoiling it for you, spoiling it would be the more humane way out. Everything about it was mind-bogglingly stupid. There are several characters that exist exclusively to be suspects, but then the way they’re made to look shady is so heavy handed that no 4 year old child who has ever seen an episode of Blue’s Clues would even entertain the notion that they actually did it. There’s no suspense or intrigue at all. The director, Tomas Alfredson, who has come out and said that 15% of the script wasn’t filmed due to rushed production, compared the finished product to a puzzle that has a few pieces missing. But it would be ridiculous to call this a puzzle. A puzzle builds on itself until all of the pieces working together start to tell a composed picture. This movie doesn’t even come close to demanding any problem solving ability on the part of its audience and it doesn’t build to anything resembling a composed picture. It’s a complete and total mess.

Listen, I don’t want to tell you what to do or how to live your life. You have to make your own decisions. But if you have a couple of hours carved out to go to the movies this weekend, I’d suggest going to something else. Anything else really. Go see something you’ve already seen. Go see something you’ve already seen that you didn’t even like. Get Jack Frost on demand instead! There really aren’t many types of movies that I enjoy more than thrillers about serial killers. I’m pretty easy to please with this genre. I even like the mediocre ones. The Snowman is just bad. Really, really bad.

This week we are flying into the danger zone for a discussion about Top Gun. We’ve also called in our wingman, and joining us for the first time ever is very special guest Josh Larsen from the Filmspotting podcast and Think Christian. It’s true, this film is a macho Navy recruiting ad, but it’s got some depth. Come play with the boys as we unpack all this classic has to offer.

March’s Donor Pick episode is a favorite of ours and gives us a reason to praise the late, great Bill Paxton as well. Tombstone is a classic Western action-adventure with one of the greatest ensemble casts ever assembled and perhaps the most quotable script of all-time. But it also offers us a chance to talk about themes of family, loyalty, and what it means to fight against your nature. Thank you, Patreon supporters, for picking this awesome flick for us to talk about. We had a blast and we hope you will too when listening.