(SPOILER FREE) Visionary director Luc Besson returns to the big screen with a stunningly beautiful sci-fi epic. There are some thing to really like about this film, and other things not so much. Aaron is joined by guest hosts Emmanuel and Blaine to hit the highlights and low points so that you’ll be able to make an informed decision about whether seeing Valerian and the City of a Thousand Planets is for you.

LESSON #1: WONDER WOMAN IS THE HEROINE AND FILM WE ALL DESERVE THIS SUMMER— It doesn’t matter how you feel about the DC Extended Universe or the stylings of Zack Snyder, you owe it to yourself to see Wonder Woman this weekend or soon.  Sure, it’s another origin story, but I guarantee this is one you haven’t seen before.  This isn’t the fourth time we’ve seen Bruce Wayne’s parents killed.  This is a hero that the movie writers got right and absolutely nailed.  Gal Gadot (and that smile of hers) is an absolute treasure.  She’s deserves the importance and pedestal people are assigning to her.  Wonder Woman matters to more than just women and feminism.  Anyone still ranting about any all-female favoritism needs to shut up.  Go see the movie.  It will earn your praise.

LESSON #2: JESSICA CHASTAIN IS A REAL HERO IN THE MAKING— Speaking of Wonder Woman, women deserve improved treatment across the board and I’ll all for those for who stand up and call out the needs and problems.  Bravo to Jessica Chastain!  The A-list actress called the onscreen representation of women in this year’s lineup of Cannes Film Festival films “quite disturbing” during a press conference.  That is a woman of principles.  She’s right and more needs to be done.

LESSON #3: BLACK GIRL MAGIC EXISTS AND IS COMING SOON— Speaking of empowerment of women, the stars of awesomeness are aligning to turn the buddy movie template on its ear.  Recording artist Rihanna, Oscar winner Lupita Nyong’o, and Selma director Ava DuVernay are teaming up with Netflix for a new film that screens the title of this lesson.  It the words of former New York Jets linebacker Bart Scott, “can’t wait.”

LESSON #4: WAY TO GO, GEORGIA!— I am no southerner, but raise a glass of moonshine to the Peach State.  Recent film industry studies have tallied Georgia as the number one location in the whole world for film production.  The United Kingdom was #2.  Not New York.  Not California.  Be watching for their logo in film credits.  Chances are you’ve been seeing it more than you realize. 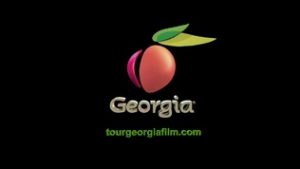 LESSON #5: DO YOU BUY MAINSTREAM VR AS A THING FOR MOVIES?— I don’t know about you, but I laugh when I see someone with their cell phone strapped to their face doing some kind of VR display or experience.  Talk about sitting too close to the screen like our mothers told us as kids.  I turn into Nelson from “The Simpsons” and secretly hope they walk into a wall or fall from small heights.  Apparently, VR might just be a new medium for film experiences.  Oscar winning Birdman and The Revenant director Alejandro Gonzalez Inarritu is bringing VR to the forefront and demonstrated the technology  and its film-viewing capabilities at the Cannes Film Festival in France this past month with his Carne Y Arena project.  So, what do you think of this?  Revolutionary tech or decadent fad?