We are all shook up this week as we dive into Baz Luhrmann’s latest musical, a biopic (or is it?) about the phenomenon and superstar that was Elvis Presley. With plenty of spectacle and a vast running time, could we help falling in love? The time to listen is now or never, and we hope you enjoy.

Romance films are at their best when they come across as a believable depiction of two people sharing a strong connection. The two lead characters need to have a level of chemistry and intimacy that is hot to the touch but also deep in tenderness, striking at the core of a viewer’s soft spot. It is very easy for an experience in this genre to recycle the same “love at first sight” or “happily ever after” tropes that can be found center stage in a Fabio paperback novel; not that there is anything problematic with that intended message, but it doesn’t carry any of the intoxicating and soulful energy that love can strike in one’s physical and mental makeup. “The Photograph” combines all of the ingredients that make for an enchanting and earnest portrayal of African American romance, harkening back to well-known past features such as “Love Jones” and “Brown Sugar”. Director Stella Meghie carries the genre forward from surface level trappings and produces a flavor-filled tale of affection that is enchanting to the heart.

Micheal (Lakeith Stanfield) and Mae (Issa Rae) operate as two vibrant professionals who are enjoying success in their respective careers while living in the concrete jungle known as New York City. Michael is working on a story profiling a female photographer that has left behind a bunch of questions and mystery which leads to a chance acquaintance with her daughter (Mae). That quickly turns into a hot and steamy courtship. Over time, the link between the past and the present becomes clearer as Mae starts to uncover secrets about the mother she thought she knew while coming to grips with the vulnerability and affection she feels with Michael. Stanfield displays new sensibilities as a romantic lead, building on his quirkiness and the “it factor” that has turned a lot of eyes his way as an entertainer. The very talented Issa Rae exudes radiant beauty and the right level of comedic timing that keeps your attention on her at all times. What helps generate a fascination with this couple and their journey is the feeling that both of the characters feel like natural beings living a young and ambitious lifestyle. It is always a breath of fresh air for black characters to be depicted in a style that scoffs away harmful and simple-minded depictions. Lil Rey Howery is such a hoot as the brother of Michael filled with an unstoppable arsenal of one-liners that will make your side hurt, and Lee Morgan, always a consummate professional, continues to make his case as one of the more underappreciated actors currently working.

Meghie not only shares her vision of modern-day relationships as a filmmaker but also through a mostly organic zest in the screenwriting arena. The conversations shared between characters provide an anchor for the audience to connect with the diverse personalities populating the screen. The balancing act of the two narratives that eventually divulge into one handles well in cross-cutting between past and present, but I did want to see more significance in the journey of Mae’s mother. There were some missed opportunities to show why the mother had a hard time with parenthood and her harboring of unresolved issues internally that kept her from being able to open herself to the full power of untamed love. The focus and likeability of the film mostly come from Stanfield and Issa lighting up the screen, and the film bogs down a little when the two of them are not around.

The fabulous soundtrack plays the best of R&B from the past few decades and felt curated specifically to the major vibes the story wanted to emit and Robert Glapser creates a wonderful companion musical composition that recognizes jazz as the singular choice music for depicting blossoming romance. It is full of clean piano notes, trumpets that speak feeling without the use of words, and beautiful saxophone additions. This a must-own soundtrack that carries a lot of memorable moments that will ring heavy on the head for the foreseeable future. The cinematography is filled with the gorgeous use of wide shots that gives characters bigger than life presence and top-notch lighting that renders locations with passion and sleekness,

Take your significant other, a friend, family member, or anyone who is a fan of arresting romance to this realistically portrayed and charming feature. Not only do you see a side of love that pays great attention to the vulnerability of companionship but also the idea of not being afraid to have someone in your life only for fear of losing them. The strength of the film is in its great performances, production design efficiency, excellent curated soundtrack, and attention to the ins and outs of longing attachment. Even for someone who may not be a usual fan of films dealing with love, this breaks the genre’s stale mold and brings something familiar to the table in a new way. 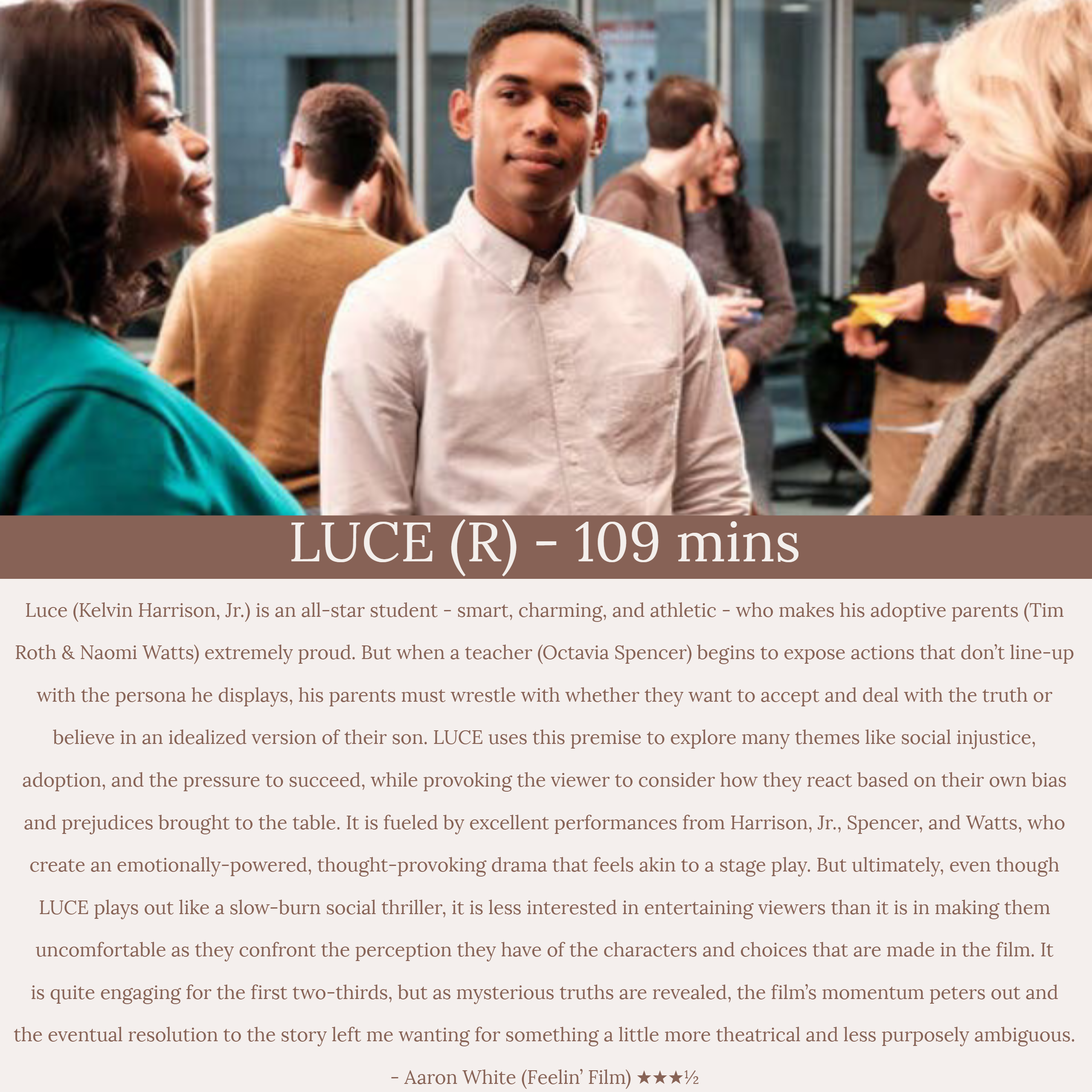