Us is a solid film with an interesting premise, lots of laughs, and a stellar cast that proves Jordan Peele isn’t afraid to think outside the box and make films like no one else is currently doing. 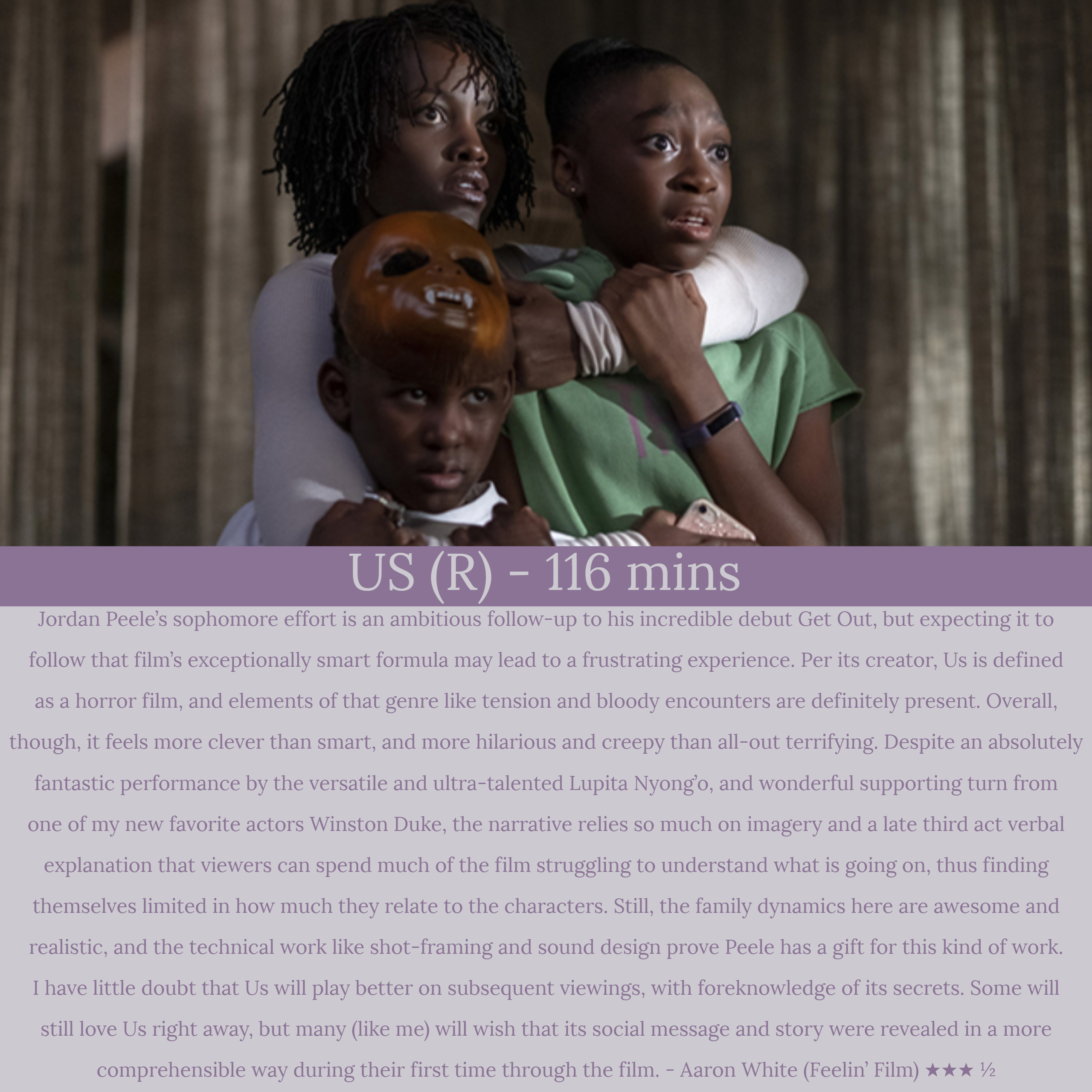