SPIDER-MAN: FAR FROM HOME is everything I could have wanted from a SPIDER-MAN: HOMECOMING sequel & follow-up to AVENGERS: ENDGAME. See it on opening night or ASAP to avoid spoilers and be sure to stay for two incredible (and game-changing) post-credit scenes. 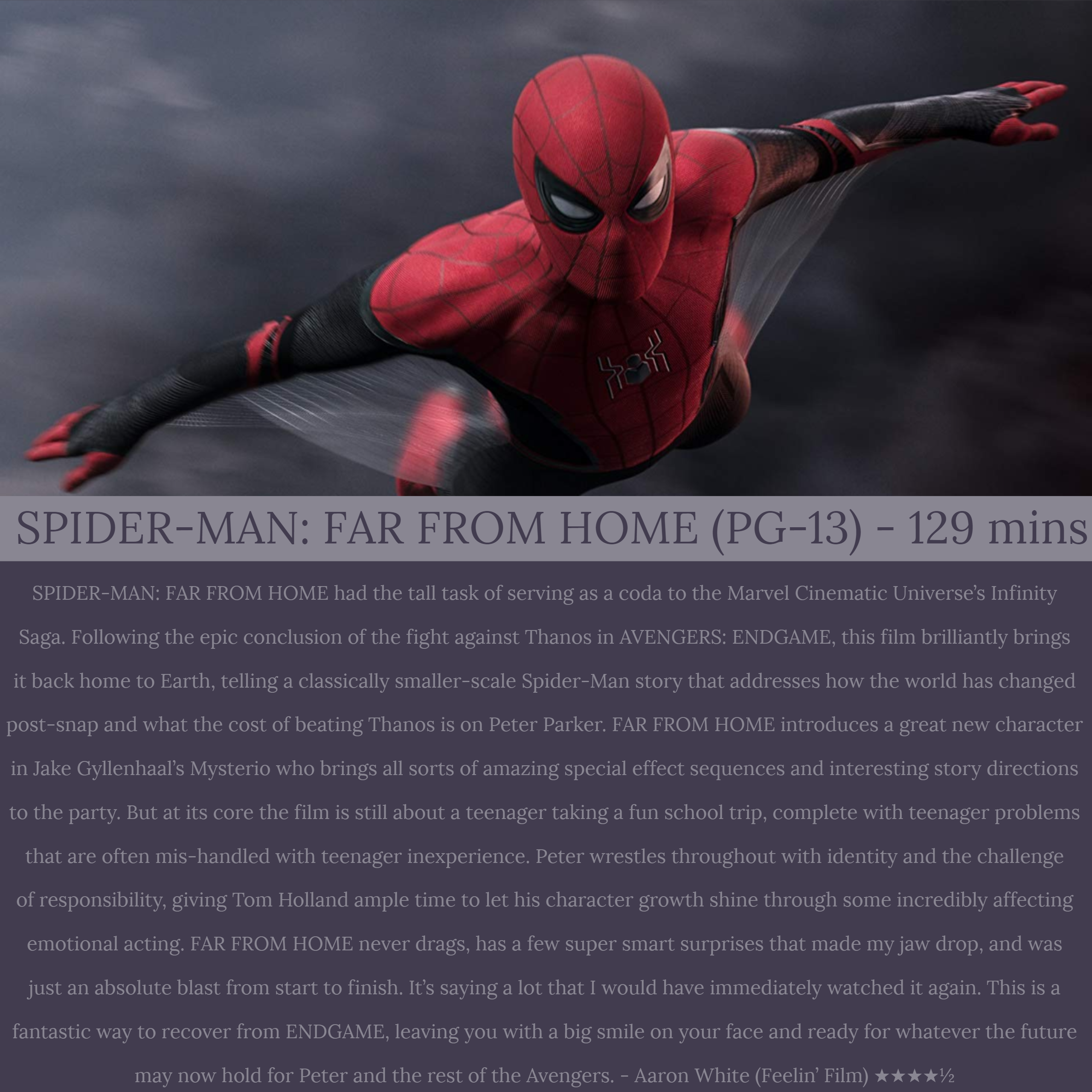