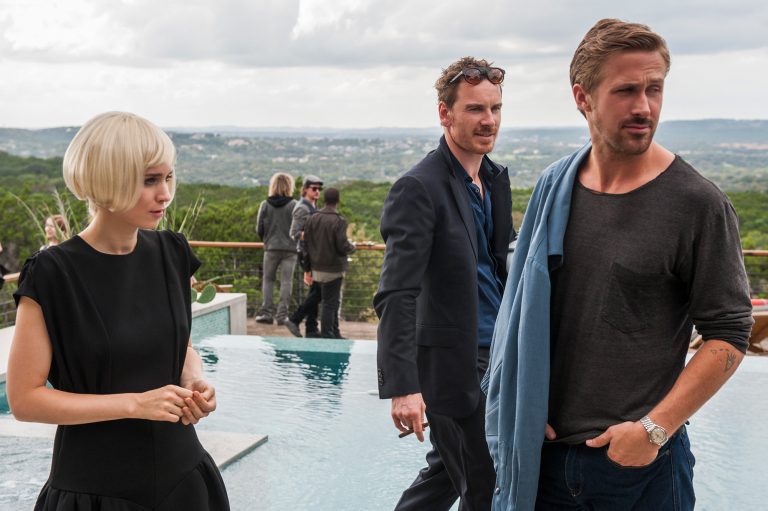 Song to Song is the latest film from auteur Terrence Malick, one of Hollywood’s most reclusive and polarizing directors. It’s story follows a young guitarist named Faye (Rooney Mara) who begins an affair with hotshot record producer Cook (Michael Fassbender), secretly hoping that his name and influence will result in a boon to her career. Soon after, she meets BV (Ryan Gosling), a singer-songwriter working with Cook, and begins a relationship with him that blossoms into something more real than anything Cook could ever provide. Over the course of the film these three interact to varying degrees. We see romance, love gained, love lost, fear, jealousy, lies, depression, and a wealth of poor choices. It is a powerful look at the pitfalls which can come with power and fame, and the dangers of building your life around those who have it. In the end, though, the film offers a sense of hope and understanding that is profoundly moving.

It has been written that Song to Song is narratively sparse, but I must wholeheartedly disagree. In fact, I consider the film to have one of the best scripts of the year. Malick’s style can be jarring at times, certainly, as he aggressively cuts between perspective and time with no explanation whatsoever, but I never found the film difficult to follow.  Whereas most films feature lengthy scenes to progress plot, what Malick does is utilize brief moments with perfectly spoken dialogue to convey where on the emotional journey a character is at a given time. These emotional changes from scene to scene serve as markers that move the story forward. When combined with the incredible, masterful cinematography of Emmanuel Lubezki, this creates a film that viewers can connect with and relate to, recalling fleeting memories from their own past. You won’t have to have walked the exact path of the characters in Song to Song to resonate with their experiences.

The title of Song to Song couldn’t be more appropriate. Malick’s film flows like a record as it takes you on this realistic life journey. It begins with the powerful electronic beats of South African hip hop group Die Antwood and ends with an orchestral composition from classical composer Claude Debussy. It is incredible just how well the soundtrack transitions between musical styles, all of which seem to perfectly compliment the particular scene in which they appear. And like a soundtrack, the visual cuts and editing style of Song to Song are reminiscent of listening to a soundtrack, sometimes skipping ahead… from song to song.

Where the film truly develops into something special, though, is in its final 10-20 minutes. Here the film comes together and pays off the journey by offering hope. Forgiveness and mercy are learned, and love is finally understood. The language used even evokes the well-known Biblical parable of the prodigal son. It could as much reference the return to a commitment of faith as that of a realized devotion to true love. It is in this redemption that we see the state of happiness we endlessly search for can be achieved, it just may not look like we thought it would. 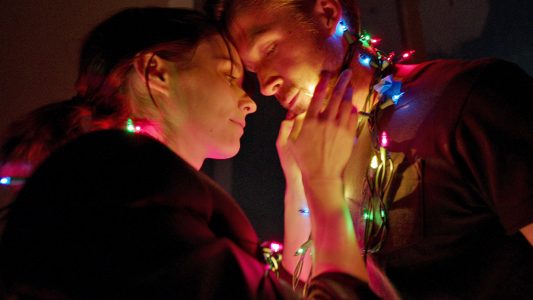 For those willing to meet Malick halfway and open themselves to engaging with the film, Song to Song offers an emotionally visceral experience. Its dialogue is lyrical poetry that works perfectly in concert with Lubezki’s stunning cinematography, an expertly balanced soundtrack, and fine acting performances all around. This may be some of the least abstract and aimless work Malick has ever produced, while also being among his best. Song to Song is a film that needs to be more than just seen, it demands to be felt.