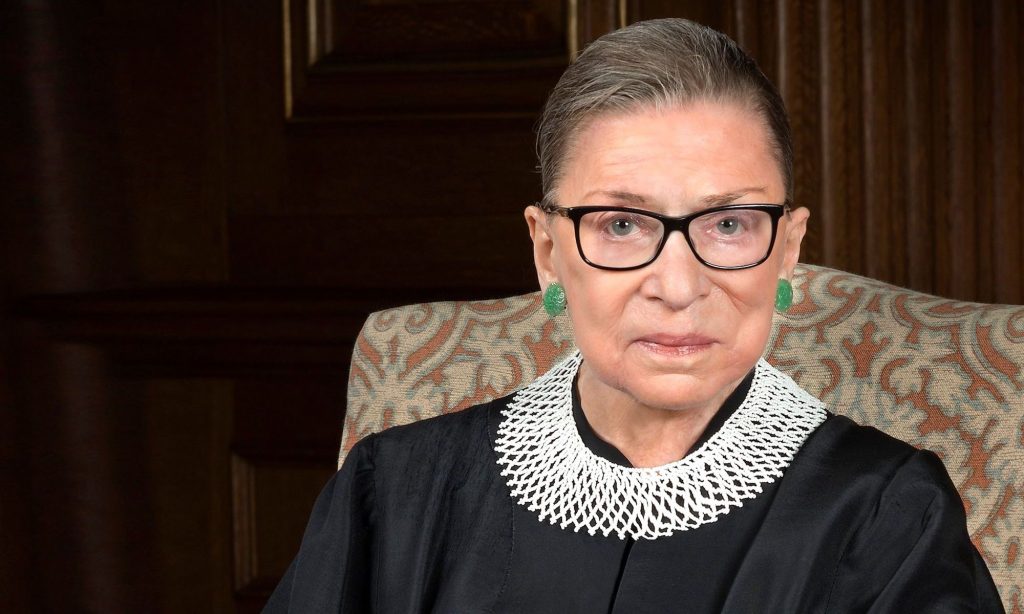 RBG begins with a camera tour of Washington landmarks, backed by classical music and hateful comments about Ruth Bader Ginsburg. It is a somewhat electrifying beginning and one that implies a fast-paced, exciting documentary, setting up what is sure to be a rebuttal of those opening comments. This scene, however, is a bit of an outlier as the filmmaking style generally used is much more bland, with the exception of one section that focuses on Ginsburg’s rise to pop culture icon. That isn’t to say it’s bad, but it certainly doesn’t break any new ground in terms of how the story is being told.

Despite not being the most compelling documentary with regards to style, RBG’s story about the life of the tiny 85-year old Supreme Court Justice is fascinating. Before becoming the second-ever female justice on the Supreme Court, Ruth Bader Ginsburg worked tirelessly as an attorney, making a name for herself in sex discrimination cases, famously saying “I ask no favor for my sex. All I ask of our brethren, is that they take their feet off our necks.” It’s only in her older age that Ginsburg reached a certain legendary status among the public, though, and it is incredibly interesting to learn how and why she became determined to fight for women’s rights as an attorney. Ultimately, Ginsburg reaches the Supreme Court and becomes known as “The Great Dissenter”. The documentary does an excellent job of showing how she maintained close friendships with conservative judges like Antonin Scalia despite vastly differing opinions and covers several of her higher profile cases, though sadly not with the level of detail most would like.

Outside of the courtroom, RBG introduces us to Ruth Bader Ginsburg as a daughter, parent, grandmother, and wife. These more intimate sections of the film are extremely straightforward and exist to establish her character, as well as tell a touching love story between she and husband Marty. One granddaughter’s insight is extremely telling and defines the Justice Ginsburg we have come to know, telling us “She taught me that the way to win an argument is not to yell because that will more often turn people away rather than bring them to your table.” In being this calm, relentless source of dissent to those who would marginalize the rights of the minority for any reason, Ginsburg became an icon to a younger generation, even garnering the nickname “Notorious R.B.G.”, a play on the name famous rapper, Biggie Smalls, The Notorious B.I.G. The most entertaining part of this portion of the film is perhaps seeing Justice Ginsburg’s reaction to her fame, giggling in delight as humbled by the support as she was fierce behind a bench.

RBG provides biographical insight into both the personal life of Justice Ruth Bader Ginsburg and her lasting impact on the laws of this nation. Though nothing artistically interesting, the history lesson for those who know nothing (or little) of this great woman’s work is nonetheless a powerful and important one.