Coming this week, MISSING LINK is my favorite animated film of 2019 thus far & will be covered on Episode 160 of the podcast. Fans of Laika Studios should ignore any lack of excitement from the trailers. It’s great family fun & exciting to see an original animated story so well told. 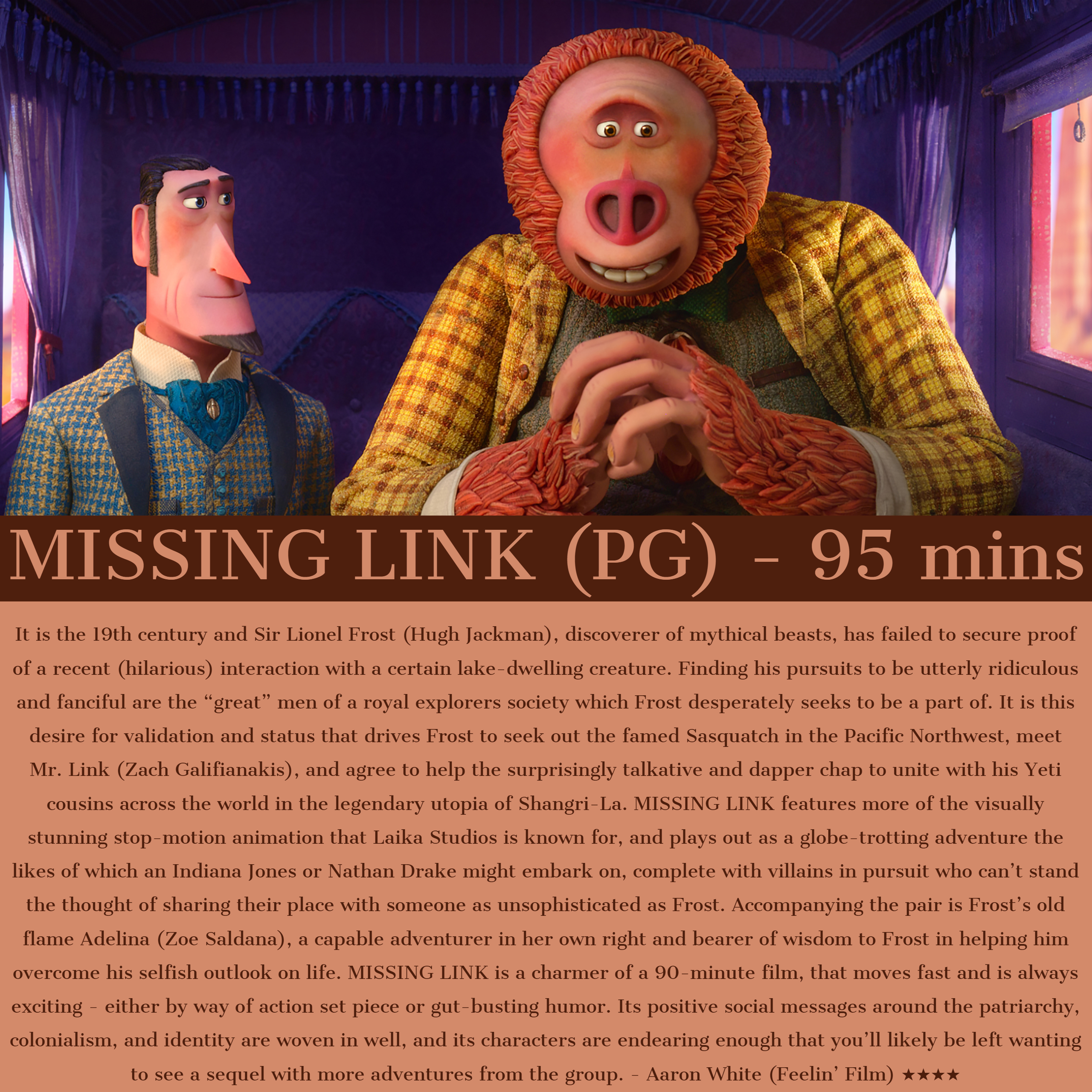