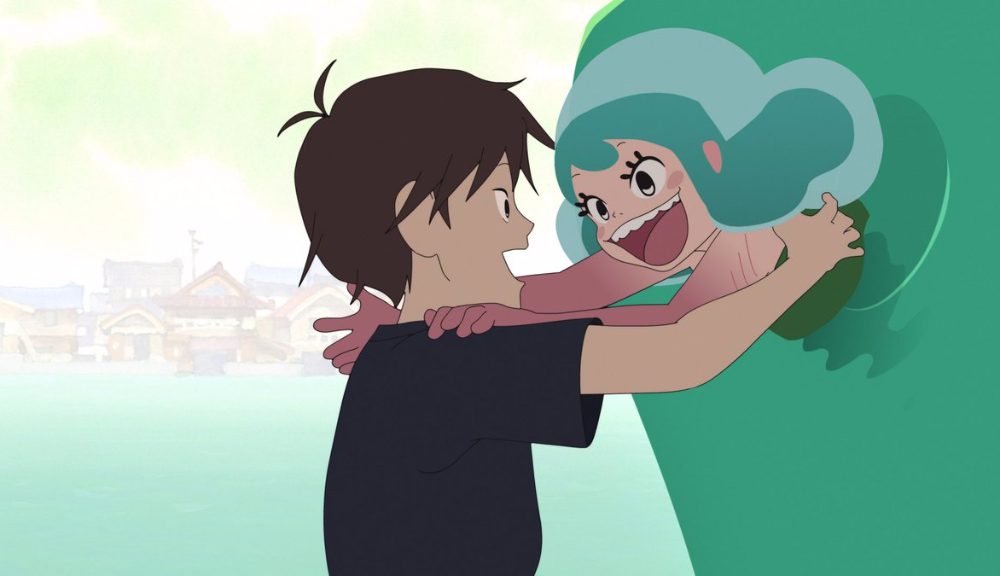 Lu Over the Wall is the newest animated feature from visionary anime director Masaaki Yuasa, and tells the story of a small fishing village that is impacted by the appearance of a mermaid who comes ashore to join a middle-school band. It’s a twist on the classic fairy tale The Little Mermaid and features elements that will remind viewers of other films, too – specifically Miyazaki’s Ponyo, Best Picture winner The Shape of Water, and the under-seen musical hit Sing Street. Yes, it’s a little bit insane. But while these references seem similar on the surface, Yuasa’s film forges its own path and becomes some entirely unique.

The biggest thing that sets Yuasa apart from other anime giants like Miyazaki, Shinkai, and Takahata is the animation style. Visually striking and lavishly colorful in the present, it melts into an older style of animation when characters recall the past. The animation is also very busy and moves fast. At times it can be so frantic that it’s hard to follow and feels like you’re staring into a rapidly spinning kaleidoscope. Always, though, it provokes a sense of joy and wonder. Full of character designs like you’ve never seen before (mer-dogs!), if it doesn’t give you a headache the art style will most certainly captivate you and hold your attention.

As for the story, Lu’s friendship with Kai and his middle-school rock band Siren is at the center of the narrative. In this world, mermaids are attracted to music. Naturally, not everyone in the village likes mermaids. While some want to use their existence for profit in the tourist industry, others want to kill them all, and a select religious few wish to live in harmony alongside them. The conflict arises out of these differing opinions, but relational issues exists between Lu and her bandmates as well. This is where the heart of the film lies and the way it tackles feelings of depression, friendship, love, and chasing dreams is beautifully woven into this fantastical tale. That being said, for the most part it keeps things light, but there are elements of the plot that deal with some tougher emotions. In trying to juggle quite a few sideplots the film does seem to get away from Yuasa and perhaps go on a bit long. 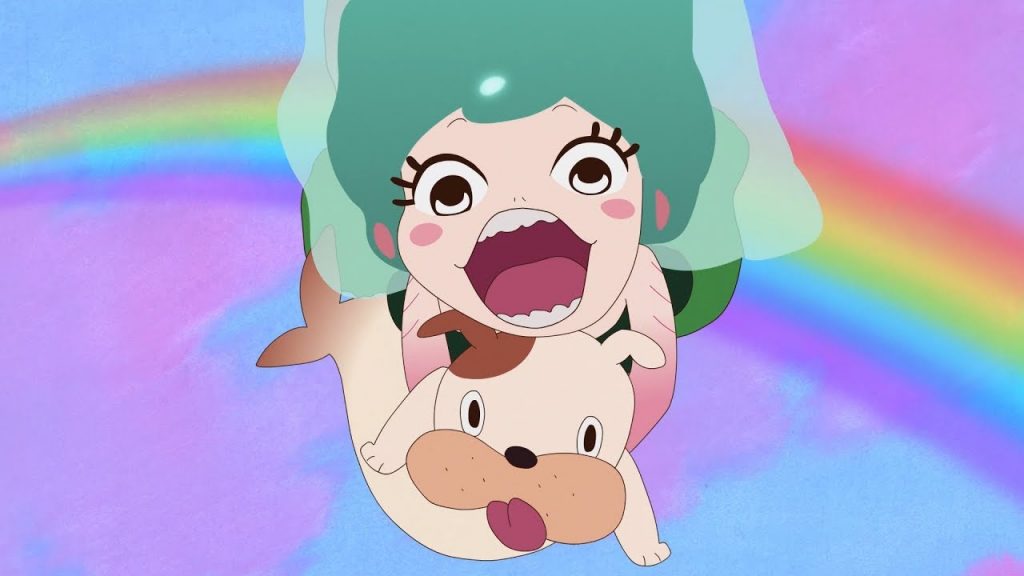 Lu Over the Wall is a great reminder of why we watch movies. Yuasa is a director willing to take chances and it is exciting to participate in a cinematic experience like that. This is a beautiful film, overflowing with cuteness, and filled with solid positive messages. It is also a musical that will have you humming along and tapping your feet whether you fully follow the plot or not. Unforgettable animation is rare, but Lu Over the Wall is just that and therefore is a must-see experience.