I’m a huge, HUGE fan of the FAST AND FURIOUS series, so it doesn’t feel good to admit that HOBBS AND SHAW isn’t great. I enjoyed seeing this with my son, but the dialogue is cringe-worthy, “the feels” forced, and the action just okay. I left disappointed. 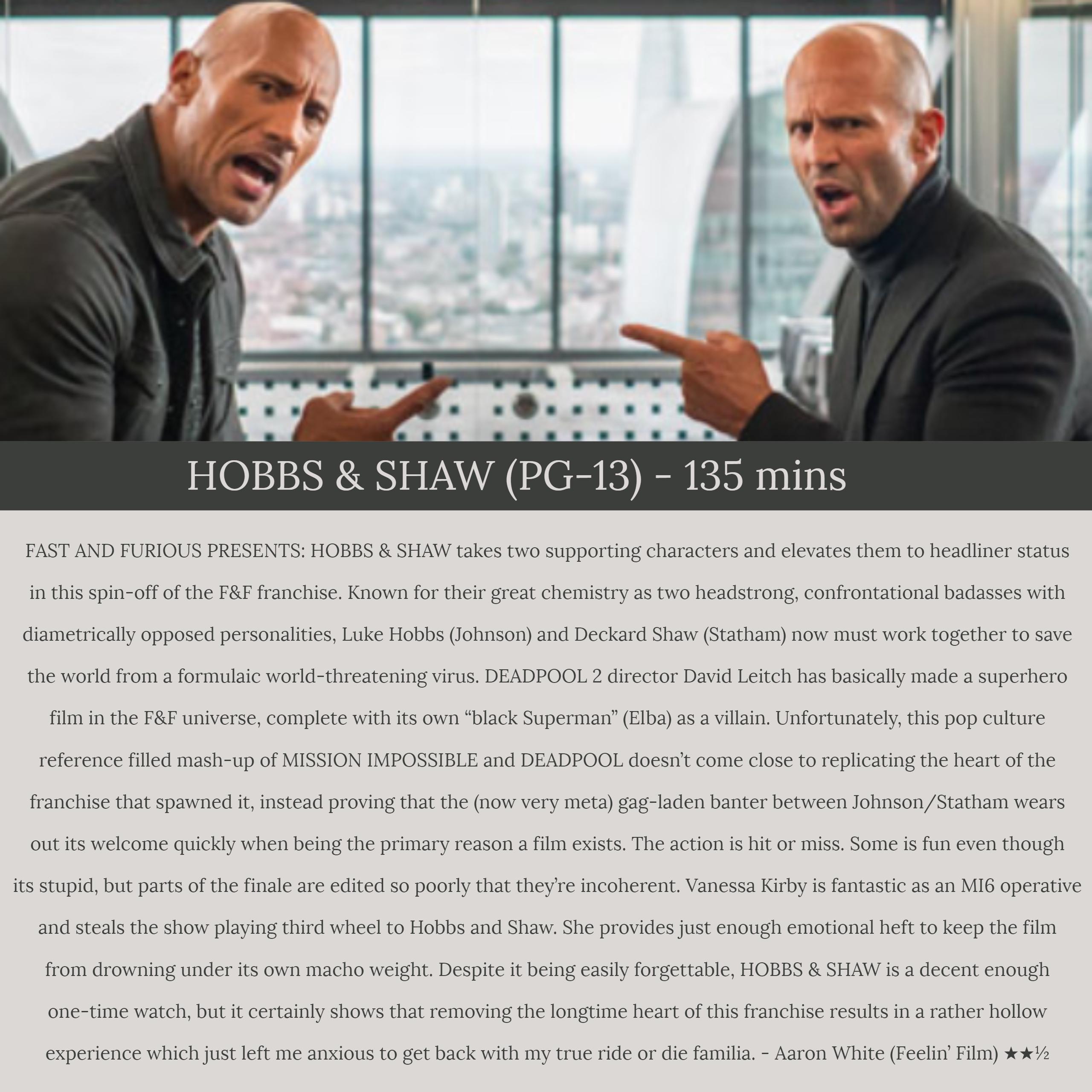