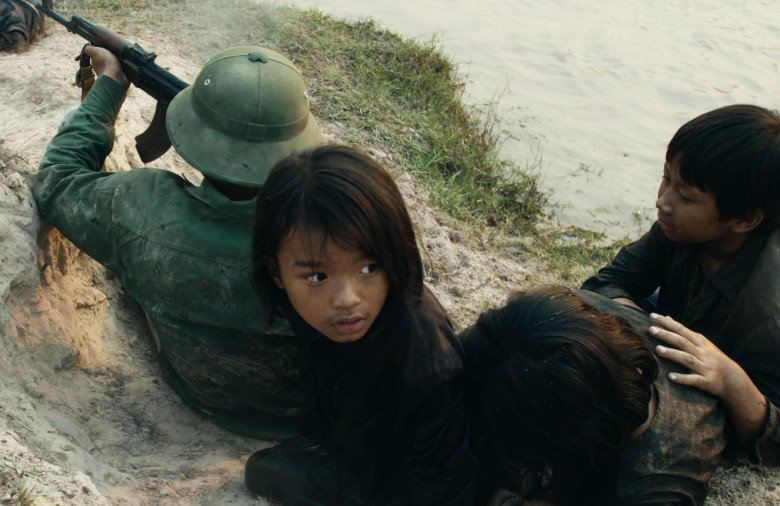 Netflix’s latest original film to simultaneously release in theaters and on its streaming service is this foreign film directed by Angelina Jolie, adapted from the memoir of Loung Ung. I know very little outside of the fact that it tells the story of Cambodian genocide in the 1970’s and centers on a young girl who becomes a child soldier. While it’s not completely fair to compare, I’ve been unimpressed with Netflix’s original films released this year. That lingering memory coupled with my disappointment in Jolie’s incomplete telling of another true story in Unbroken leave me quite unenthusiastic about this picture.

Gosh, what a story! This incredible retelling of Loung’s memoir is a captivating and yet painful experience all at once. Jolie has clearly arrived as a filmmaker, with this effort being her career-best. Despite having a relatively small filmography she has shown natural talent and gradually grown with each picture. It is also evident that Jolie enjoys celebrating the lives of unknown survivors and she directs in way that is respectful of the trauma they endured.

The discovery of young actress Srey Moch Sareum, who plays the 5-year old Loung, could be one of this film’s greatest accomplishments. Sareum has an incredibly difficult task providing a central viewpoint throughout. She captures the slow deterioration of innocence heartbreakingly well, as her family is uprooted from their near-perfect lives and forced into servitude by the invading Khmer Rouge. Soldiers strip their fellow Cambodians of all possessions and individualism while preaching equality through the removal of a class system. Their atrocities grow worse and worse, with the Khmer Rouge eventually “teaching” its prisoners that “It’s better to make a mistake and kill an innocent person than to leave the enemy alive.” In a film with so little dialogue, these words sting especially hard.

At times the film feels like a cinematic documentary due to its serious nature combined with gorgeous cinematography by Anthony Dod Mantle. Of specific note are the many aerial views throughout the film. These shots were spectacular and among the best I’ve seen all year.  My biggest complaint may be that its methodical pace lingers a little too long at times. Still, it’s a minor quibble among many things I loved. 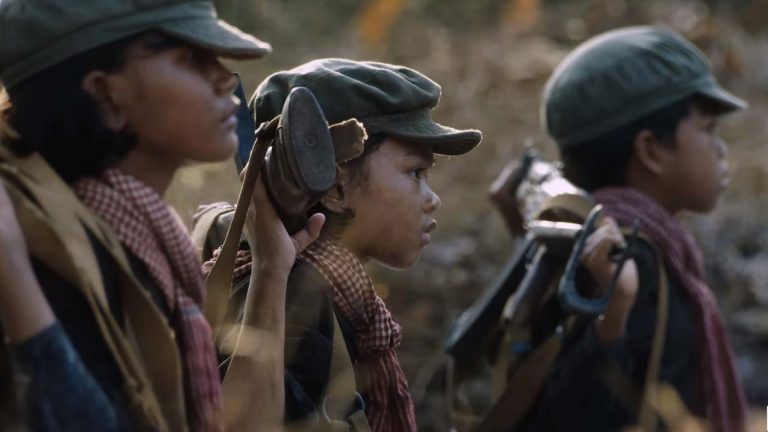 It didn’t take long for me to realize that this film was going to be special. I was thoroughly engaged in Loung’s haunting struggle for survival, but was not prepared for how emotionally affecting this film would be. Loung’s life was not an easy one, and it’s both tragic to feel her loss so viscerally and inspiring to know that she’s emerged such a strong woman. While the film can be seen streaming on Netflix, I highly encourage a theater viewing, if for the visual splendor alone. First They Killed My Father is also Cambodia’s entry for Best Foreign Language Film and will be a strong contender if it garners an Oscar nomination. It is always a treat to have your expectations exceeded. First They Killed My Father certainly accomplished that for me.