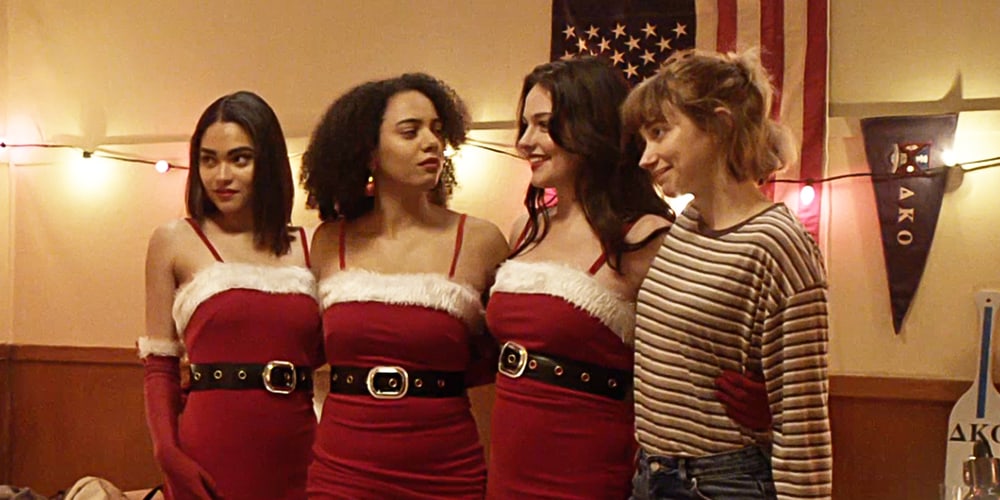 The best experience anyone can have going to see a new film in the theater is being surprised by what new ideas it brings. Audiences are dazzled when venturing into the unknown and having their imaginations sparked. Contrary to that, some films follow the trends and cliches that have been established before. One genre that has fallen victim to this syndrome is horror films, specifically more so the reboot variety that aims to introduce an old story to new generations. “Black Christmas” is a case of a reboot trying to bite off more than it can chew in trying to balance the brand of horror its predecessors emulated while roping along social message parallels. It all adds up to a horrible cinematic experience and an easy candidate for a “Worst Of The Year” label.

Issues are abundant in every area, but especially so in a story that is comical and barebones which involves a supernatural/fantasy cult of men who hunt for women on a college campus during winter break. Audiences are treated to a narrative that will have you believe that a statue bust of a dead college founder can possess the souls of young men and turn them into murderous villains intent on keeping women from being a threat to the male population. The classic “toxic masculinity is the real enemy” message hits you in the face like a gust of wind almost throughout the proceedings. As a man, I am a staunch defender of female empowerment, but films like this make that message very obvious, with nothing new to say about this current societal issue nor any pleasant subtleness. “Black Christmas” comes off like a poorly written piece of fan fiction using Wikipedia articles as a source. Saying this film is predictable would be a serious understatement. There are no surprises in store; it can easily be foreseen who the villains are, who will be killed, and all of the twists that carry a facade of being clever. There is no thrill factor, which is a big no-no for an aspiring horror film and the pitiful attempts at comedy all fall flat on the floor. A better place for this cinematic eyesore would be an MTV Original Special or Netflix film with no one having to waste a dime on promotion.

The characters are not unique and suffer from a lack of development which keeps the viewer from caring who makes it to the end and who does not. Even the lead character is shorted by the writing as only being a victim of a sexual assault, with no other distinguishing trait. The villains look and speak like prototypical smug alpha males who lack a menacing presence and are reduced to angry misogynistic trolls spitting logic akin to the “He-Man Women Haters Club” skit from “The Little Rascals”. Imogen Poots was such a winner in the cult classic “Green Room” that it’s painful to see her subjected to this wannabe “deep” horror drama that shortchanges its own feminist message with rudimentary structuring.

“Black Christmas” is one of the worst films of the year and is a joyless bore of generic horror conventions. If you want to see a horror-thriller that has something to say about the female experience in the greater perception of society, check out the original predecessor and gems like “The Babadook”, “It Follows”, “Rosemary’s Baby”, and “Carrie”.