Disney’s new live-action remake of ALADDIN is neither dumpster fire nor exceptional, instead resting squarely in “just okay” territory. 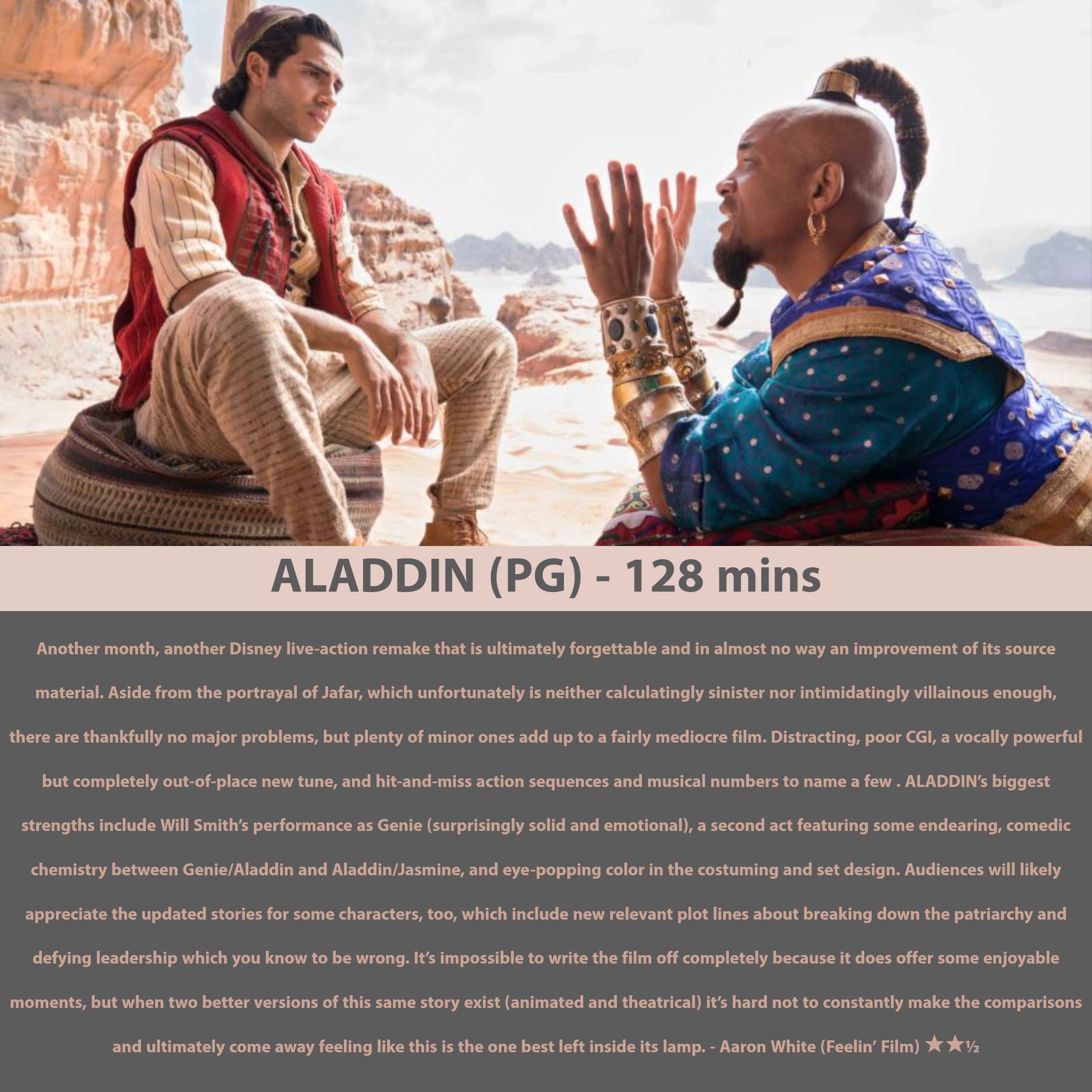