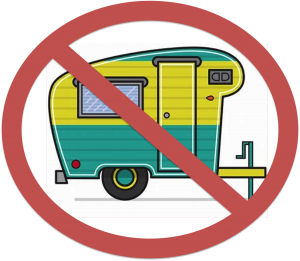 Primo movie teasers have become an annual tradition connected to the Super Bowl.  The championship game is typically the most-watched global television event of the calendar year and movie studios, just like other brands and companies, target maximum eyes on their valuable offerings.  Back in the days before YouTube replays numbering the tens of millions in less than 24 hours, those coveted 30-second Super Bowl ads were shown ONCE.  That was it.  If you didn’t see it, POOF, it was gone.  You missed out.  Back then, the hype generated was real and the trailer-making marketers knew all it took to grab an audience was the right juicy single morsel.  Less was more and we were hooked on a mere 30 seconds.

Today, three trends have whittled away the effect of a good Super Bowl teaser.  First, in this marketing culture of scooping the competition, too many of these ads are available before the Big Game, sapping much of the surprise factor.  Second, we’ve reached a day and age where trailers regularly give away far too much of film.  Third and finally, there isn’t the dazzle of the one-time viewing anymore.  Any hype is beaten to death by repeat views and the buzzy over-saturation of click bait editorials that overanalyze every second of the teasers of teasers let along the real teasers or full trailers themselves.

This all adds to unrealistic, messy, or improperly-fueled expectations that hang on a film all year.  I long for a day when the repetitive spoiler blathering goes away, allowing patience to create real hype, not the over-marketed variety we have now, to create a higher form of anticipation.  For the second year in a row on Feelin’ Film, I throw down the gauntlet!

Pick TWO films on your “most anticipated list” for 2019 and avoid the marketing for it from now until their releases.  Last year, it was one movie.  This year, pick two.

Don’t say Captain Marvel with only a month to go.  Don’t say Avengers: Endgame because that’s an easy automatic.  Dig deep.  Pick a real long-term challenge for 2019.  Turn off the noise.  Don’t watch the trailers.  Don’t read the click bait and certainly don’t read reviews before finally seeing the film.  Go to the hallway and refill your napkins and popcorn butter at the multiplex.  Such willpower can be done.  I promise you it’s worth it.  Every twist and development becomes a surprise and the connections are made richer than ones pre-built by marketing hype.

My rationale is that if the film you pick is on your official or unofficial “most anticipated list” you already know enough about it and want to see it where you don’t need any more marketing.  You’re already hooked.  Knowing anymore about it only chips away at the final result.

The challenge is to let the film speak for itself and not speak for the marketing.  Feel a different buildup.  Feel the patience of old school hype.  Leave something to the imagination.  Let the Super Bowl be the last peek.

Try it for two films and help out your peers.  Share your pick in the comments or in the Facebook discussion.  We’re a support group as much as we are a discussion spot.  Afterwards, evaluate that experience.  Was the anticipation better or worse?  Was the culminating film experience better or worse?  Call me confident, but I know this is going to work for you!

2 thoughts on “What We Learned This Week: Post-Super Bowl Challenge- YEAR 2”