From the street, a baby grand in the middle of a supper club beckons her; the crescendo of a smooth jazz arrangement filling the night air like a clarion call.  She stands and looks at him, mesmerized.  I sit in a dark theater and look at her looking at him, mesmerized.   What happens in the next two hours can only be described as a dizzying spectacle of genuine magic.  A cinematic mish-mash of wondrous set pieces, decorated with a vibrant color palette, lit with appropriate mood lighting, and accompanied by musical numbers ranging from soulful to toe-tapping.  It’s the perfect backdrop in which to watch America’s newest sweethearts pursue their dreams and each other.  This is the City of Stars.  This is La La Land.

I need to be upfront with something.  La La Land was like Hollywood lobbing me a softball the size of a beach ball and giving me a telephone pole to hit it with.  Let’s suffice it to say this film was square in my wheelhouse, so my excitement level was dialed to eleven before I even started the car to head to the theater.  It’s rare to have such high expectations for something and have them met, but as I went into La La Land with five star expectations, I walked out having had a six star experience.

What writer/director Damien Chazelle has crafted here is a pure spectacle in all of the best possible ways.  Culling from the golden age of Hollywood musicals, when Fred twirled Ginger around the soundstage, Chazelle captures the glamour of a bygone era and places it neatly into a modern world. Thankfully, he doesn’t burden it with overproduced glitz (ala Baz Luhrman).  Instead, there is a beauty to these production numbers.  There is a dreamlike quality to most of them; perfect asides that enhance the burgeoning love story of Mia (Emma Stone) and Sebastian (Ryan Gosling).  When the film does veer into more rambunctious musical territory, as it does with the side bar narrative of Sebastian’s rising career with modern jazz band The Messengers (led by a guitar playing John Legend as lead vocalist Keith), it never feels forced or unnecessary.  It all feels appropriate; keeping us grounded in the now. Just when you allow the magic of old Hollywood to take you away, a well timed cell phone ring or smoke alarm reels you back in.  Getting antsy with all of the jazz?  Here’s an 80’s cover band performance to enjoy. It’s all part of the larger experience. There is a purpose to everything Chazelle does.

There isn’t really a deep narrative that drives La La Land.  This is a story about dreamers, and the courtship of Mia and Sebastian is purely a means to an end.  The chemistry between Stone and Gosling only serves to enhance the experience of getting there.  Their relationship checks off all of the right boxes as the movie forges on, but everything they experience together as a couple feels natural and never melodramatic.  Chazelle isn’t interested in cliches.  Time is better spent with walks through a deserted studio backlot, or inside a dimly lit nightclub listening to jazz music.  We are invested in this couple.  We want to see them succeed.  So when the time comes where conflict is necessary, it rings true.  And it hurts.

What we ultimately learn from La La Land is that dreams always come with a price.  Perseverance is required, but it comes with a healthy dose of self doubt.  The world will chew you up and spit you out, because it couldn’t care less about your dreams.  Hollywood is the perfect setting for just such a story.  It is a land of dreamers who rarely get the opportunity to do.  And what about sacrifice?  You can’t have it all.  You may one day beat the odds and achieve the success you seek, but it might be at the cost of the fantastic partner who has been by your side the whole time.  The one that believed in you unconditionally might be the one who gets pushed aside; a tragic consequence to the realities of life.  If the dream is the goal, you have to be willing to look back across a crowded nightclub, with a wry smile and a knowing nod, and be okay with what you had to give up to get here.  Here’s to the fools who dream. 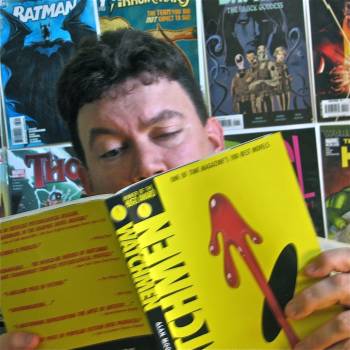