Adam Rackoff is back again as we wrap up our big ‘ole 300th episode celebration with a trip to the wild, wild west. We all agree that this final entry in this trilogy is made a little extra special by all of the Marty and Doc time, plus a certain a romance. We hope you enjoy this last conversation as much as the ones before.

Where we’re going… we don’t need roads. But we do need microphones and our good friend Adam Rackoff in order to have a great conversation, and luckily in our past, present, and future… we do! It’s time to debate the ethics of betting on games we already know the winners of and how this film’s vision of 2015 turned out, along with much more.

Great Scott! With another big milestone comes another reason to cover a beloved trilogy, so as part of our 300th episode celebration, we bring in our 80’s loving pal Adam Rackoff to discuss one of the most famous time travel stories in cinematic history. This first film is a stone-cold masterpiece and our conversation is a lot of fun!

Science and faith, can they coexist? We bring in Don Shanahan to discuss one of the greatest, and most grounded, science fiction films about an encounter with alien intelligence. We tackle that huge question and many more.

Also, Aaron gives details and his impression of “Tenet” on Blu-ray, releasing on disc and digital December 15.

Welcome to You Should Be Watching, my weekly opportunity to introduce you to a variety of great films, gems of the past and present, available for you to stream from Netflix, Amazon Prime, FilmStruck, and anywhere else streams are found. This week I’m recommending an epic wartime trilogy about a man striving to live up to his pacifist ideals in 1940s Japan, an award-winning film about a mother and her son whose entire world is the room they live in, expiring from Amazon Prime soon, and lastly a fascinating documentary detailing the exploits of the man who famously walked a wire between the Twin Towers of Manhattan. Also, this week is  your last chance to catch Captain America: Civil War on Netflix. 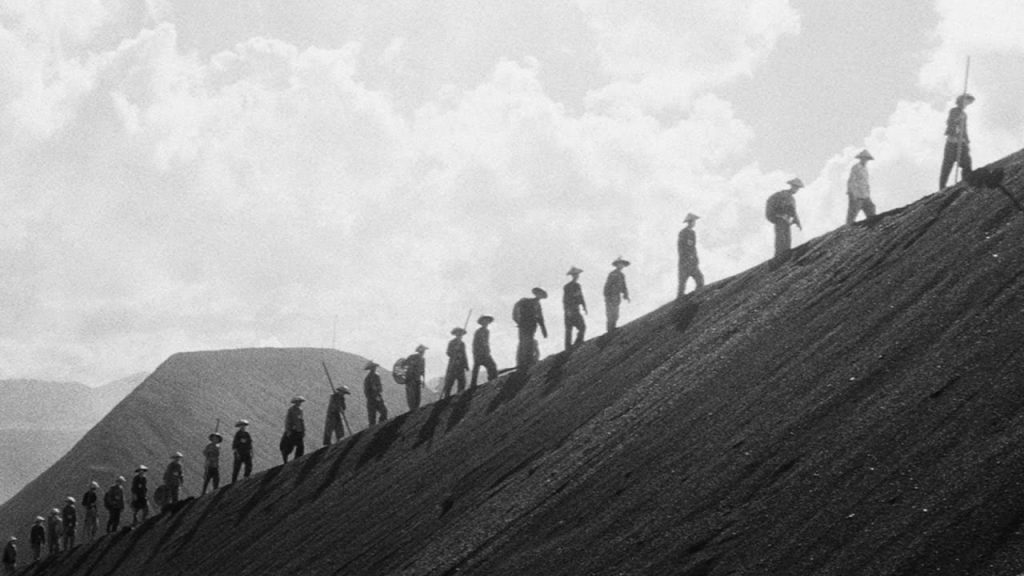 The Human Condition, Masaki Kobayashi’s epic wartime trilogy is set in Japan during World War II. It represents one man’s complete journey to balance his drive to care for and protect the woman he loves against risking everything to live according to his idealistic principles. From technical details like his perfect blocking and shot construction to the universal concepts of romantic love, sacrifice, and the desire of all mankind to be treated with dignity, Kobayashi’s directorial and storytelling expertise shines through every frame, and his influence on future filmmakers is readily apparent, especially the threads between Part II and Stanley Kubrick’s Full Metal Jacket as our hero experiences firsthand the brutality of the Japanese army.

Kobayashi centers our viewpoint firmly on Kaji (Tatsuya Nakadai) and his humble compassion right from the introduction, where we meet him and Michiko (Michiyo Aratama), the woman he loves. Kaji is a pacifist with socialist ideals, so despite them wanting to marry, he wants to protect her from the hardship a life with him would surely provide. At one point, Michiko fights to convince him to stand by and let injustice happen so that he won’t surely be killed for treason, and it’s one of the most powerful and heartrending scenes in cinema.

Throughout the trilogy, as Kaji goes from a metaphorical to a grueling literal journey, he continues to face internal conflict over his beliefs and his compassion for his fellow man. But between the utter exhaustion and delirium of himself and his companions, presented in the most visceral of ways, his growing inability to stop the cruelty around him slowly breaks down his resolve and his character. In this, his most broken down and desperate state, we see what is at his core that will drive him to hold on to his humanity.

EXPIRING: Last day to watch on FilmStruck channel is June 22. Will remain on Criterion channel 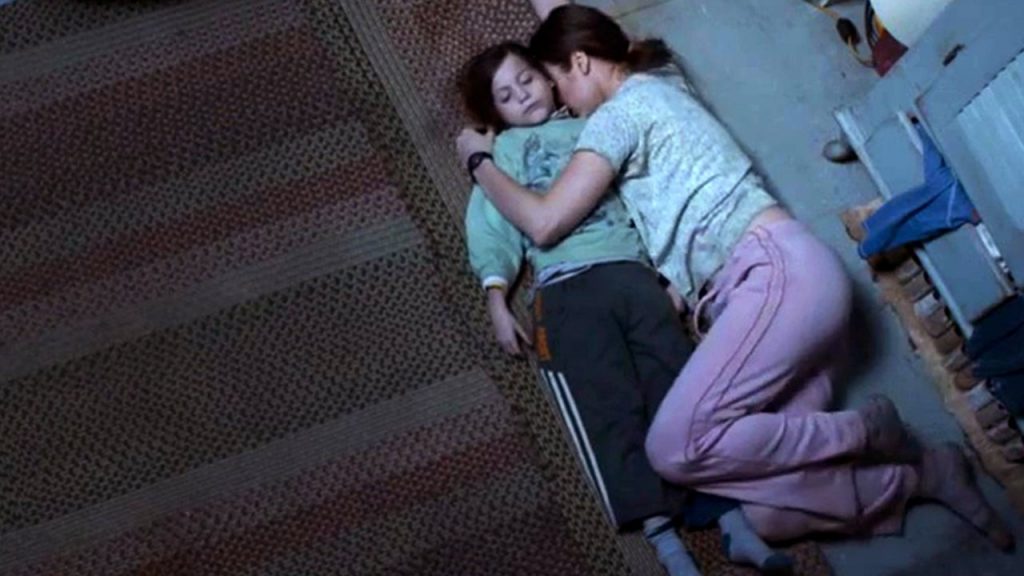 For those few of you who have yet to see it, Room is an amazing film that will fill your heart with emotion, remind you of the powerful bond between mother and child, and challenge your perspective of the world around you. Brie Larson as Ma gives an Oscar-winning performance, and Jacob Tremblay as Ma’s son Jack gives an Oscar-deserving one. The premise is simple. Jack has lived his whole life in a small room with Ma. They receive a visitor every once in a while who gets them what they need to survive in exchange for sleeping with Ma while Jack goes and sleeps in the closet. Having given up hope of ever leaving the room and for the sake of Jack’s happiness, Ma has embraced the fiction the room is the world.

Their experience is grieving, the horror practically unimaginable. This is Larson at her most vulnerable, completely owning the reality of Ma’s wretched state and its effect on her body and mind. And Tremblay is a revelation. Even as a child actor, he makes it easy to believe the life experiences of Jack, his innocence, wonder, hurt, and anger are his own. This story presents a  fearful yet heavy reality of similar and even worse events occurring all around the world.

But It turns out to be a deeply layered film that sticks with you long after it’s over. Jack’s perspective relate to all of us in a philosophical, big picture, life-changing sense. But so did Ma’s in the sense of our day-to-day reality and how we bear the weight of our past. It’s not easy to take an all-too-common yet tragic story like this and have it say so much about life and death, good and evil, family, depression, perspective, burdens, sacrifice, the media, innocence, and wonder. But the combined efforts of both writer Emma Donoghue and director Lenny Abrahamson masterfully provided just that. 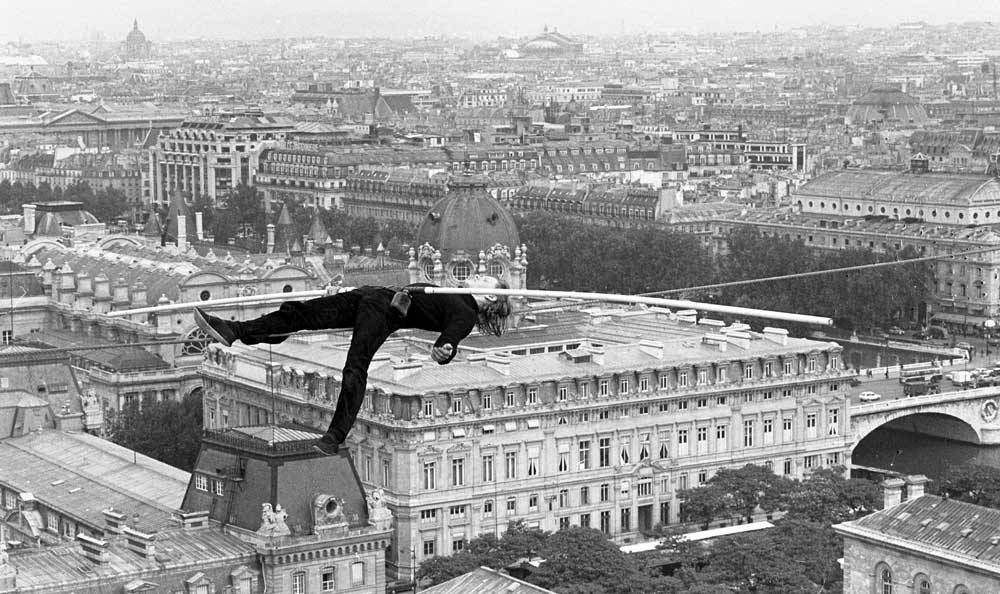 There’s a phenomenon that occurs now and then in the film world where the subject matter of an acclaimed documentary is sooner or later created as a narrative film. We see that currently with the movies about the life of Fred Rogers. But previously, this occurred with the awe-inspiring documentary I’m recommending, Man on Wire, which details the exploits of Phillippe Petit, a daredevil French high-wire walker who had an inner compulsion to perform increasingly dangerous feats of wirewalking. His ultimate obsession, as dramatized in Robert Zemeckis‘ 4th-wall-breaking film The Walk, was to attach a wire between the Twin Towers of Manhattan and walk from one side to the other.

What makes this film so fascinating and makes the aforementioned dramatization unnecessary, is its intercutting of interviews, archival footage, and re-enactments to clearly tell the compelling story of this strange yet entertaining showman who was driven to do the impossible and the band of friends and accomplices he compiled who would help him do so. As far Petit was concerned, the illegality of the feats he was compelled to perform meant nothing more than another obstacle. Nearly as much as danger itself, It is the forbidden, illegal nature of his plan to walk between the towers that infuses the film with tension and excitement. It plays very much like a heist film with all the detailed planning, setbacks, and specific windows of opportunity you’d expect, even though nothing is being stolen but an experience.