With Patrick away on a cruise, Aaron is joined by Reed and Nathan from The Fear of God Podcast to discuss the new sequel to John Carpenter’s 1978 classic that helped create the slasher genre as we know it today. 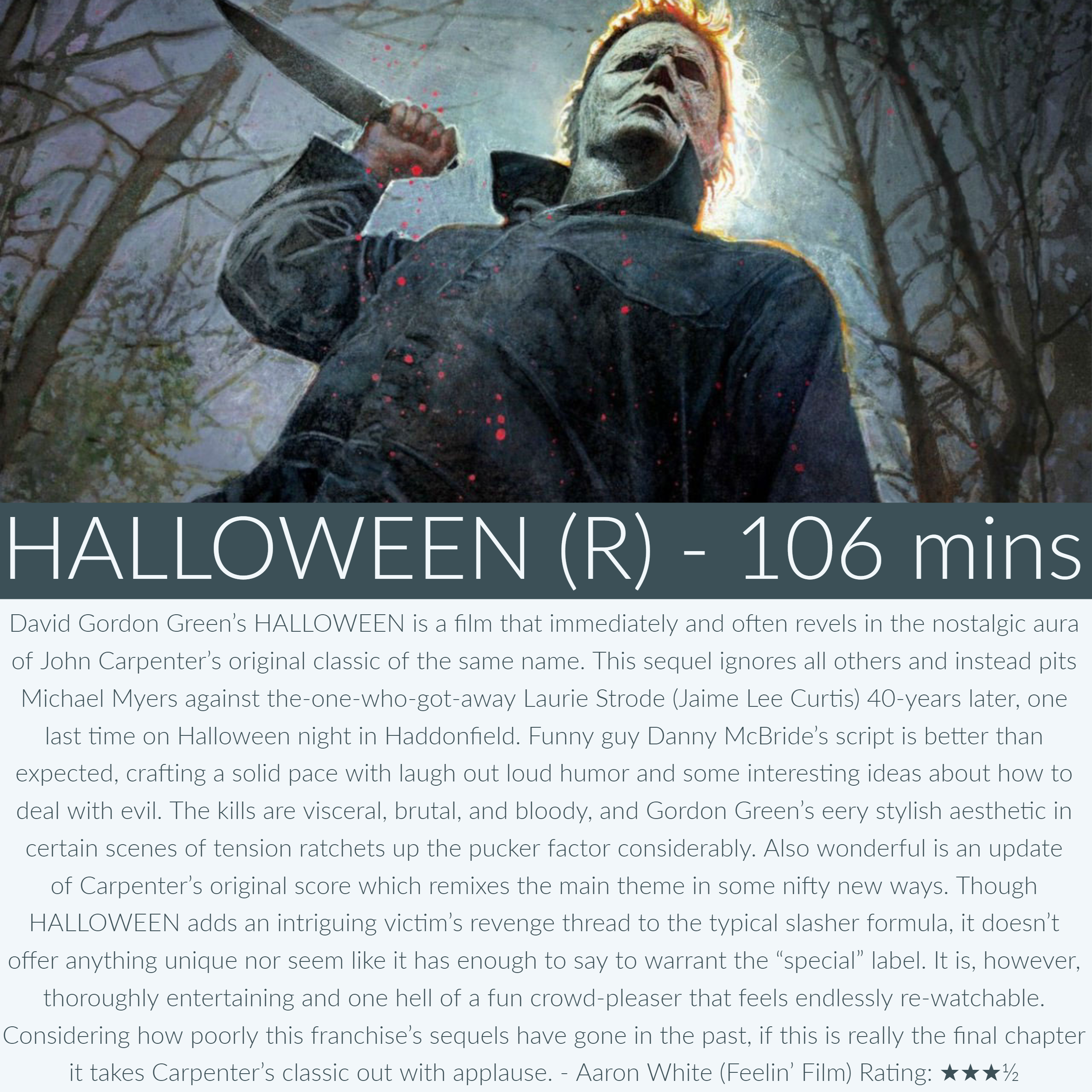 In 2012, two types of people exited showings of Prometheus; those satisfied with the earnest attempt to weave some different ideas into the Alien franchise, and those pissed off at the lack of bloody, chest bursting goodness. Count me in the former. I quite liked Prometheus. I liked that director Ridley Scott chose to examine deeper themes and do some world building rather than take the easy way out in catering solely to the ADD crowd seeking nothing more than guts and gore.

Flash forward to now, and the release of Prometheus 2.0, also known as Alien: Covenant. I’ll come right out and say that I liked this film quite a bit, even if it feels like a course correction on Prometheus to appease some of those aforementioned pissed off fans.  And that’s the rub. Your thoughts on Prometheus may shape your thoughts on Covenant.  And while I liked both of these films, it is time for Scott to propel this franchise forward.  After essentially the same movie twice, it’s time to find out who the engineers are. It’s time understand some of the science and history of the titular xenomorphs.  And it’s definitely time to get a handle on whatever it is these darn synthetics are up to. If the next installment is nothing more than another ragtag crew du jour made up of scientists that make horrible life choices, we may have a problem.

We definitely get a heavier dose of aliens in Covenant. They’re faster and more vicious than ever. Chests are bursting at a more satisfying pace. It’s fair to say Scott is still able to craft tense scenes that draw audible gasps from his audience, even when the timing of those moments are pretty obvious. It’s all quite impressive to look at, with top notch production value and set design.

This time around, we are aboard the colony ship, Covenant, loaded with a crew and two thousand embryos on course for a new planet to inhabit in a galaxy far, far away. The film starts out Passengers style, with the crew snuggled in cryo-chambers for safe keeping as the years wile away during the lengthy journey. A malfunction leads to tragic events, and the crew must now deal with some new circumstances before they can consider jumping back into the cryo-pods to finish hibernating. As is typical with this franchise, very smart people make some very questionable choices. Years of study and training can somehow be derailed by the soulful stylings of Mr. John Denver.

As the crew detours to seek out strange signals, hoping they may have discovered a much closer, habitable planet than the one they’ve prepared for, because…wheat…. shenanigans soon ensue. This crew is led by Daniels (Katherine Waterston) and Oram (Billy Crudup), both of who are up to the task as the film’s main protagonists. Add Daniels as another in a sequence of strong female characters in the franchise. Much like Sigourney Weaver’s Ripley and Noomi Rapace’s Dr. Elizabeth Shaw, Waterston portrays Daniels with a combination of intelligence and strength. Also notable is Danny McBride, as the ‘throw caution to the wind’ ship’s pilot, Tennessee. He’s a franchise trope, but a fun one to watch.

But let’s not think for a second this film doesn’t stand on the broad shoulders of Michael Fassbender, here playing two versions of synthetic android- David from Prometheus, and Walter, a new and improved version of synthetic traveling with the Covenant crew. We knew David was up to something in Prometheus, but Scott doubles down on that idea here in Covenant. Fassbender’s movements, chilling demeanor, and ‘cat that ate the canary’ expressions are worth the price of admission. He ably transitions from one personality to another, giving each synthetic an unique voice.

Alien: Covenant fits neatly into the Alien mythology. It ties well with Prometheus, answering enough of the lingering questions from that film to move forward. Yet, whatever comes next needs to do just that. Move forward. We cannot be satisfied with another side quest film that treads water, regardless of how entertaining it is. Regardless of how brilliant Fassbender is. Regardless how much John Denver is used. Covenant does enough to put the series in a position to build upon the mythology, but we’re at the proverbial crossroads. Which way Scott goes next may determine the viability of future installments.

RUN. PRAY. HIDE. Our spoiler-free review of Alien: Covenant is here and hopefully will help you decide if it’s worth seeing. Don Shanahan joins Aaron to discuss this newest entry into the Alien-verse. Does Scott still have some magic left? Listen now to find out.

Alien: Covenant Review on Every Movie Has a Lesson