Nominated for a whopping 11 Academy Awards and winner of 5, Martin Scorsese’s The Aviator, headlined by the magnificent Leonardo DiCaprio is a star-studded, technically masterful, sprawling epic full of period music, design, and color about the larger than life Howard Hughes, an insanely wealthy and driven man who could do it all. He flew planes, made movies, and had an insatiable entrepreneurial spirit. His contributions to the disparate worlds of film and flight technology echo into today. He was also one of the most eccentric characters in American history, which was only worsened by hearing loss and other mounting injuries and an extreme case of OCD that eventually turned him into a complete recluse.

It’s difficult to believe Leonardo DiCaprio, who perfectly inhabits the brilliant, obsessive Hughes, did not win the Oscar he was nominated for, as it’s truly the work of a master actor, full of nuance, vulnerability, and energy. This is not to take away from the other deserving winners from this film, including Cate Blanchett, who presents a pitch-perfect Katharine Hepburn, Hughes’ long-term girlfriend and a spirited eccentric herself. The Aviator is an experience that is as joyful as it is tragic. 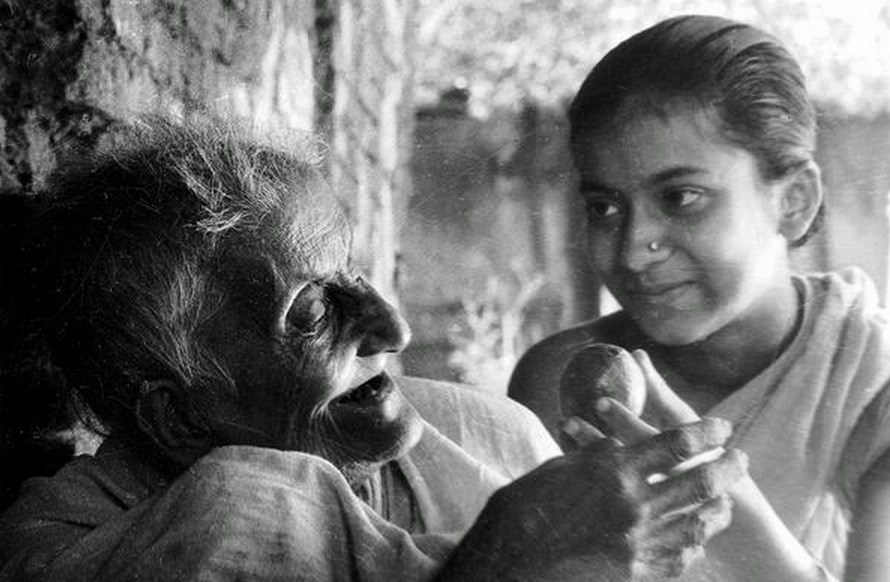 With this stunning debut and the first film in what’s known as The Apu Trilogy, Satyajit Ray shows the touch of a master in handling the complex and contrasting emotional, familial, and economical dynamics at play in this story of a family living in the jungles of Bengal facing abject poverty. While each member of the central family contributes to the narrative, casting Chunibala Devi for the elderly cousin Indir was inspired. She’s like the fragile, upbeat, super old grandma who puts a smile on your face and whom you can’t help but love . Seeing the continued breakdown of her body and the harsh treatment she receives from her cousin (by marriage) Sarbojaya (Karuna Bannerjee) is painful.

The children, Durga (Uma Das Gupta) and Apu (Subir Banerjee) are relatively carefree, but Durga tends to make her mother’s challenging life even more so, though in contrast, she has a special relationship with Indir. Their father Harihar (Kanu Bannerjee) is optimistic about their future but largely absent as he’s gone months at a time trying to earn money as a writer, which leaves Sarbojaya trying to provide for her family with basically nothing. She’s often hard and bitter and even unnecessarily mean at times. She’s also a fiercely proud woman who refuses to ask for help.

She pays a stiff price for them, but her actions based on her extreme circumstances only seem outrageous at face value and when contrasted to those around her who are in happier spirits. It puts into perspective what our own attitudes would be like if faced with enduring her circumstances. Consider how we treat others when we’re having nothing more than a bad day. It’s a call for compassion and a reminder that we can always use more empathy for those around us. 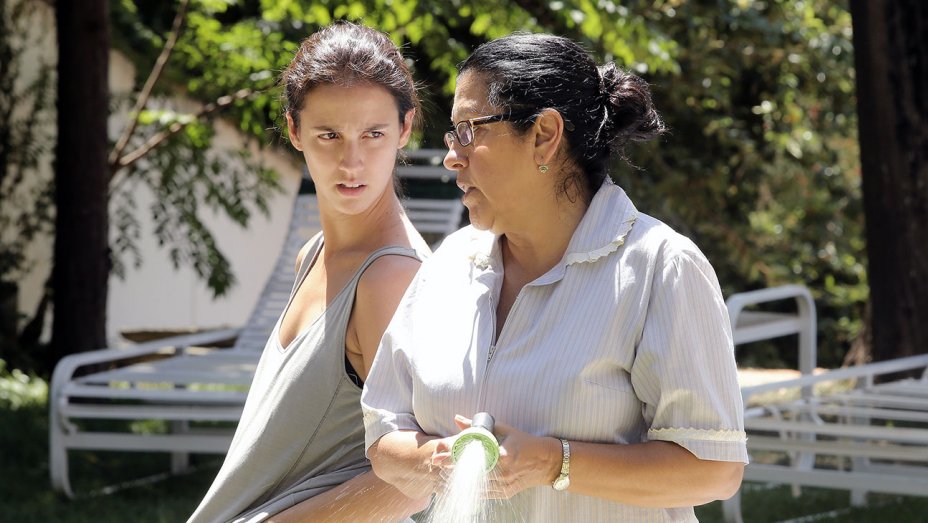 An engaging story about the complexities of inter-class and family relationships, especially when the status quo is shaken up. Val, played by Regina Casé, is a live-in maid for a wealthy family. She has a better relationship with their son Fabinho (Michel Joelsas) than his own mother does and no relationship with her estranged daughter Jessica (Camila Márdila), who resents her having moved away despite it being to provide her a better life. Suddenly, Jessica, needing a place to stay while she studies for her university entrance exam reaches out to Val, who receives permission to let her stay, hopefully not long. Her presence creates a complex new dynamic to the home and in her relationship with her mother.

Director Anna Muylaert has a careful eye for representing the separation between upper-class family represented in this film and the hired live-in help who serve them, namely Val. She also shows how important being present is as the son, Fabinho treats Val like a mother. Also, by Jessica refusing to recognize the class distinction and making herself at home, the distinctions themselves are brought into focus as well as inherent difficulties of the parent/child relationship across generational lines as well as differences in opinion of acceptable behavior. It’s a simple story but an affecting one.