Our donor pick episode for November, the month we chose to discuss movie friendships, was a perfect choice. We talk rehabilitation, institutionalization, bravery, freedom, and above all, hope. 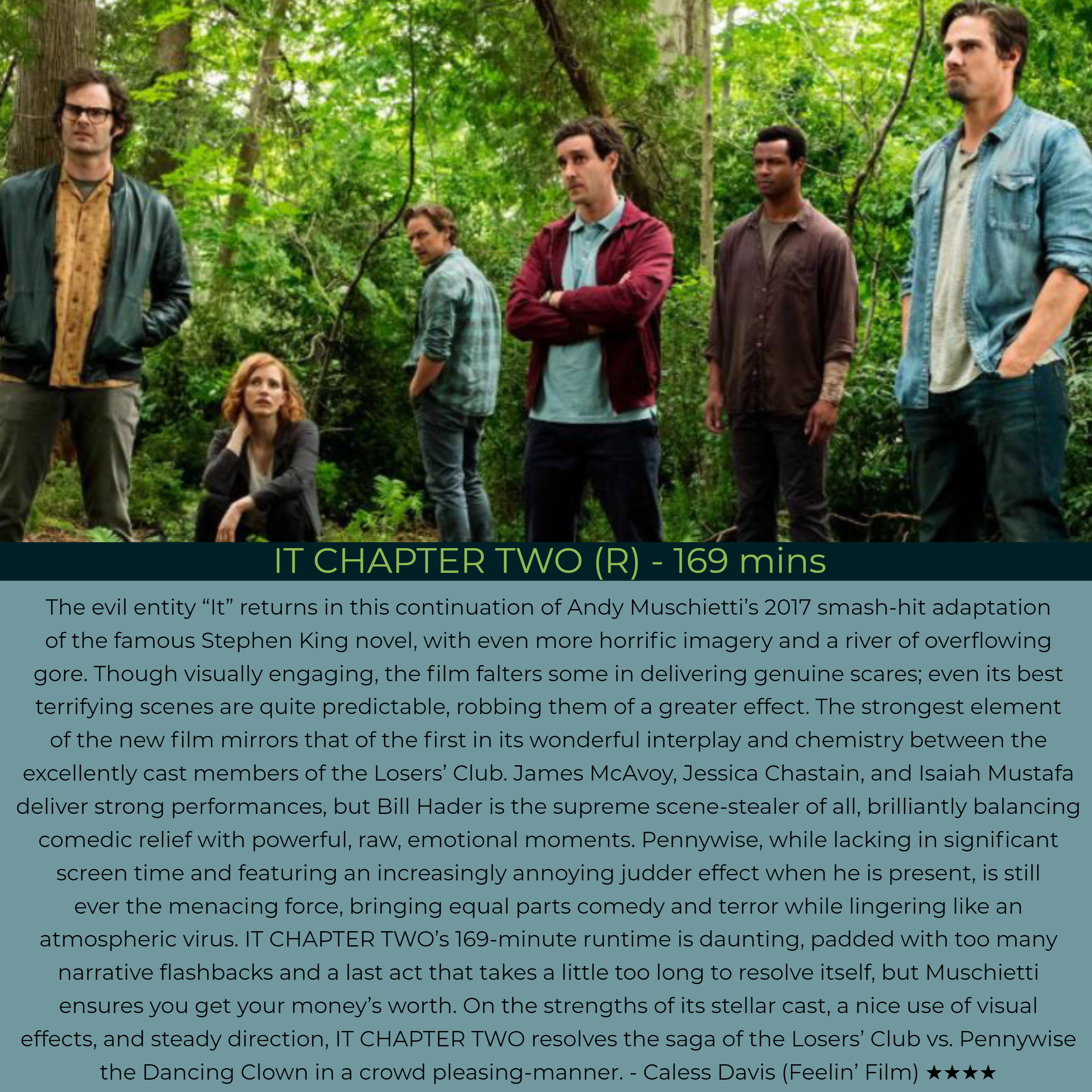 This week, I’m featuring a 90s Jim Carrey film that is as relevant as ever, classic Billy Wilder that blurs the lines between true Hollywood and fantasy, and a powerful New Zealand film about mental illness, gang life, and chess.

Be sure to see Bringing Up Baby, expiring from FilmStruck on July 27, and then listening to the associated Feelin’ Film Connecting With Classics podcast. Same goes for All the President’s Men. Also on FilmStruck, Rio Bravo has a short-term engagement and will be leaving July 26. Also, the Jaws franchise has arrived on Amazon Prime, and Blue Valentine and Gone Baby Gone on Netflix. 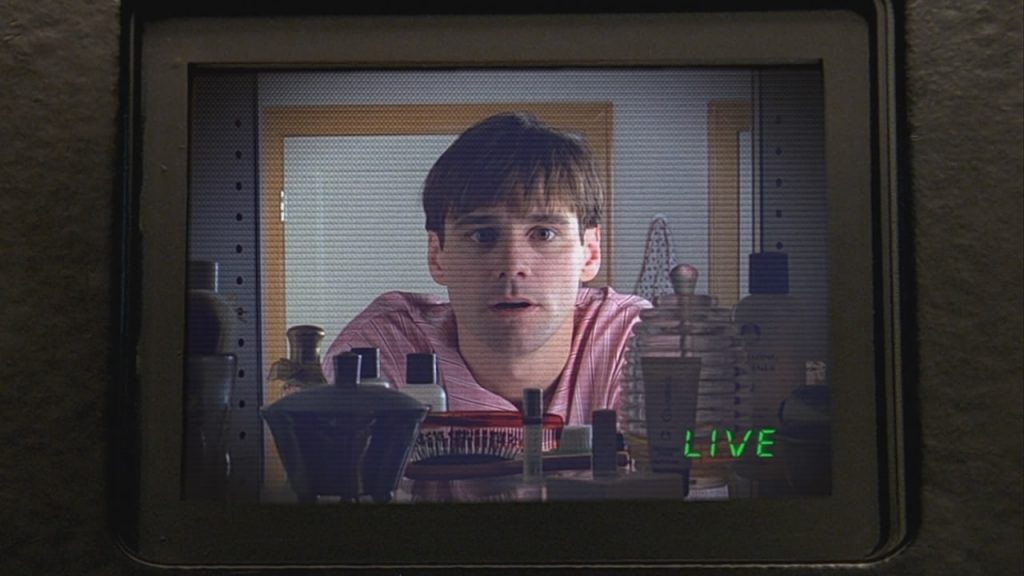 Most of you have seen The Truman Show, but chances are, it’s been a while, so you might be surprised to hear how well it holds up. On its surface, this is a vehicle for Jim Carrey to show he’s much more than just a rubber-faced funnyman in a prescient surface-level commentary on the culture of reality TV and YouTube. For that alone, it’s a brilliant piece of work, but below the surface, director Peter Weir and writer Andrew Niccol have incorporated many other layers along with a lovely and complex score that is shamelessly self-aware in its manipulation of the viewer.

Weir isn’t just telling a story about a guy whose whole life is a reality TV program, he’s showing us how we’re all in a sort of reality TV program, and we all need our perspective challenged. If truth isn’t revealed to us, we’ll happily live in a lie. “We accept the reality of the world with which we’re presented,” says Christof (Ed Harris), who represents a God figure or rather a critique of belief in a certain type of God, which provides a lot of food for thought and discussion. 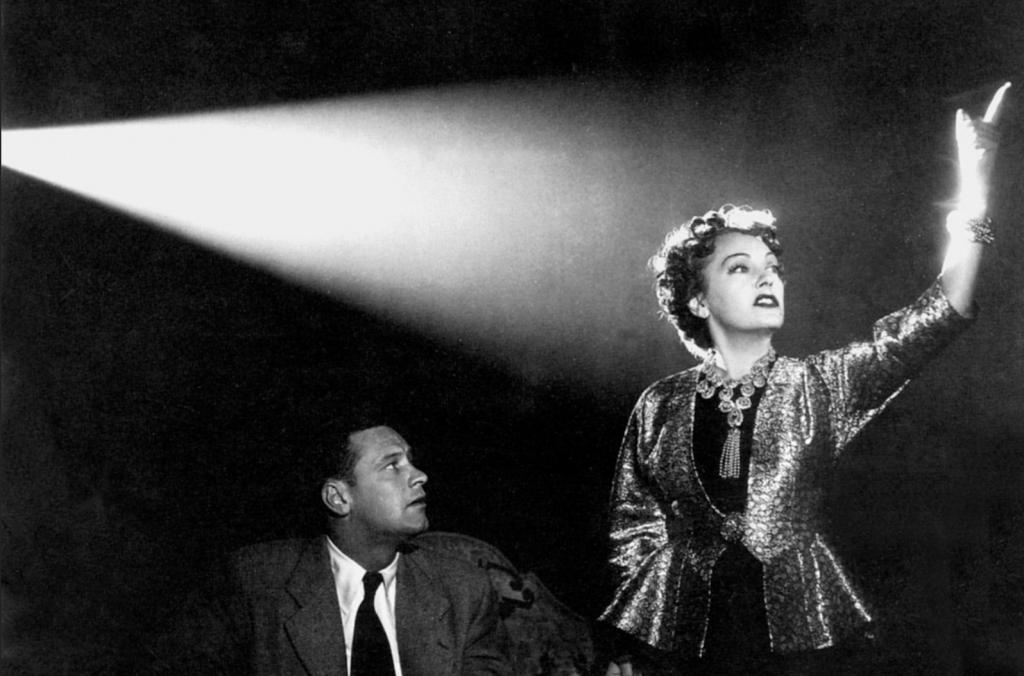 The quintessential movie to represent the realities, often painful, of classic Hollywood and the fleetingness of fame. Gloria Swanson’s performance as forgotten silent movie star Norma Desmond is one for the ages. You never quite know whether to be sorry for her, intimidated by her, or downright afraid of her. The tension is carefully built throughout such as the feeling of entrapment and loss of control every time another of Joe Gillis’ (William Holden) connections to his life apart from Norma is severed. While this is not a horror film, much about the basic plot and its themes is reminiscent of the writer’s plight in Stephen King’s Misery.

Seeing Hollywood behind the scenes is often fascinating for people who love the world of film, but Sunset Boulevard is truly exceptional. The lines between fantasy and reality are completely blurred due to the presence of real life players like the famous director Cecil B. DeMille and real world silent film stars such as Buster Keaton, playing themselves. I can only imagine the dramatic impact it would have had to sit in the theater in 1950 and see this Hollywood story unfold. 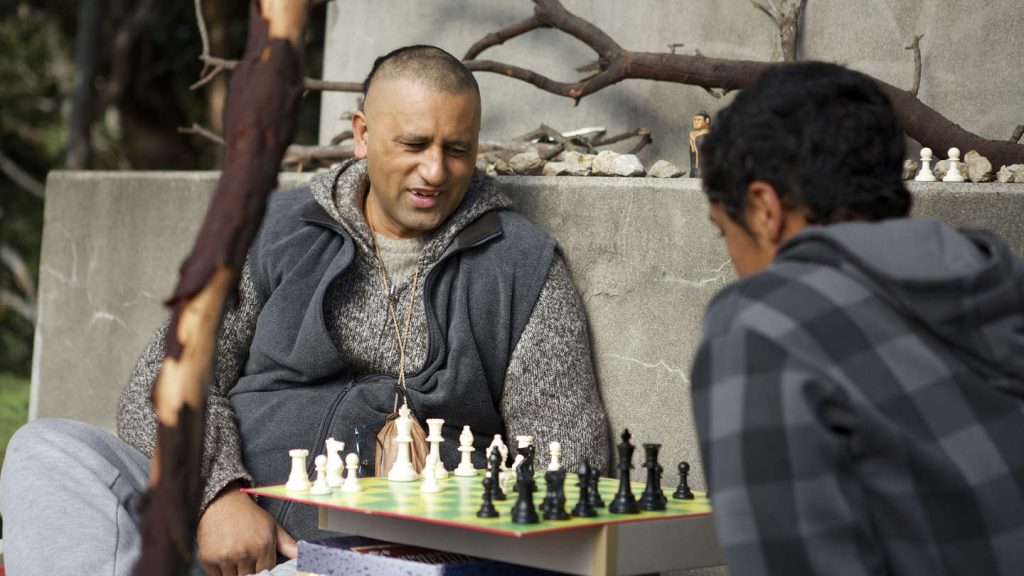 From the burgeoning film world of New Zealand comes the best film you’ll see about high-functioning mental illness, gang life, and chess clubs for underprivileged kids. Now that may sound like damning with faint praise, but you don’t win a slew of international awards for nothing. Cliff Curtis phenomenally portrays Genesis, a man who has a brilliant mind for chess but who also takes prescription drugs to keep himself on the edge of semi-independence. Sometimes he slips off that edge ever so gradually. Other times it’s a sudden fall and he’s lost in his repetitions.

Thankfully, Genesis has an older brother Ariki (Wayne Hapi) who cares about his well-being and takes him into his home, providing him with a modicum of stability. This gives Genesis the opportunity to discover the local Eastern Knights Chess Club run by an old friend. The club is a group of ragtag, unmotivated kids, which inspires him to encourage and teach them so they can compete in the Junior National Championships. But things aren’t so great at home after all. Ariki’s son Mana (James Rolleston) has connected with chess, but Ariki is a gang member and intends to raise his son in the gang as well. The priorities of all three are challenged.

Happy kick-off to Kubrick Month, listeners. In this first episode of 2018 we begin our celebration of the director by discussing his masterful horror film, The Shining. Also on this episode are reviews of Insidious: The Last Key, Paddington 2 and The Wolf Children.

IT just so happens that a particular box office smash of a horror film is opening during our book-to-movie month and IT fits our theme perfectly. So here we are, after having forced Patrick to watch movie in his least favorite genre, discussing the new 2017 adaptation of Stephen King’s classic scary clown novel. We try to do IT justice as we talk about ITs scares, ITs character depth, and ITs themes. We hope you enjoy… IT.

LESSON #1: THE LITERARY WORKS OF STEPHEN KING ARE NOT ALWAYS FIT FOR FILM— As of the It remake next month, 66 film adaptations, sequels and all, have been created based on novels, novellas, and shorts stories of the legendary Stephen King.  The film list boasts classics like The Shining, The Shawshank Redemption, and Carrie.  It will not include The Dark Tower.  Sapped of its multi-volume depth of mythology and whittled down into a 90-minute loose spiritual sequel, a grand work like The Dark Tower should have been made into a mini-series for television, as 25 other King works have been before.  Let’s see if Netflix can decant the mess that is The Dark Tower with some quality programming and attention to detail.

LESSON #2: DETROIT HAS BEEN A TIMELY STORY FOR 50 YEARS, ONLY NO ONE CARED TO REMEMBER–The historical incidents chronicled in Kathryn Bigelow’s Detroit is but one of ten national uprisings from across the country in what became known as the “Long Hot Summer of 1967,” has been timely, ignorance and all, for 50 years.    Bottom line, it was timely next to any one of the over 40 ethnic riots that have occurred on American soil in the last half-century.  This counts as better late than never. If it takes a piece of film entertainment telling serious stories to instigate hard reflection and improved new public dialogue, Detroit is poised to accomplish such a mission.  Hard to watch as it is, consider the film essential viewing.

LESSON #3: STEVEN SODERBERGH IS ON TO SOMETHING— Promoting his first film in four years after flirting with retirement, the Out of Sight, Traffic, Magic Mike, and Ocean’s 11 series filmmaker outlined just how different the business model is for Logan Lucky.  In a heady and fascinating interview with GQ (appropriately click bait titled “Steven Soderbergh is Back to Destroy Hollywood”), Soderbergh described how he went around the studio system to sell the foreign rights to Logan Lucky ahead of time to finance the production.  He then brokered the streaming, home media, television, and airline deals ahead of time to pay for the advertising and marketing.  By doing so, every theatrical dollar for Logan Lucky goes directly to the people who made the film without any studio taking a cut.  That’s ballsy and genius and I hope it pays off and starts a trend of less studio tinkering.

LESSON #4: JEFFREY KATZENBERG IS ON TO SOMETHING EVEN BIGGER— The volume of and dependency towards personal mobile devices, especially handy smartphones, is creating an emerging go-to conduit for digesting entertainment content for a growing section of media audiences.   The former Disney and Dreamworks exec wants to tap into that in an ambitious way.  Outlined in a Variety feature, Katzenberg wants to foster a whole new line of short-form entertainment options targeting 18-to 34-year-olds backed by top-shelf talent and budgets equaling the production quality of primetime television.  Examples include 10-minute series episodes, 5-minute talk shows, and 2-minute newscasts.  This $2 billion pitch, dubbed New TV by Katzenberg, would be revolutionary.  I will still say what I said last week in this department.  It all comes down to price point.  If it’s affordable, people will come.