However, while there is still yet time, the November spotlight on FilmStruck continues. And while FilmStruck will be gone soon, Kanopy remains, and on the bright side, Netflix just released Orson Welles’ final film, 30 years after his passing along with a new documentary about its making. Also, Amazon Prime added a whole host of high quality films this past week from the likes of Stanley Kubrick, Sidney Lumet, Billy Wilder, and many more. 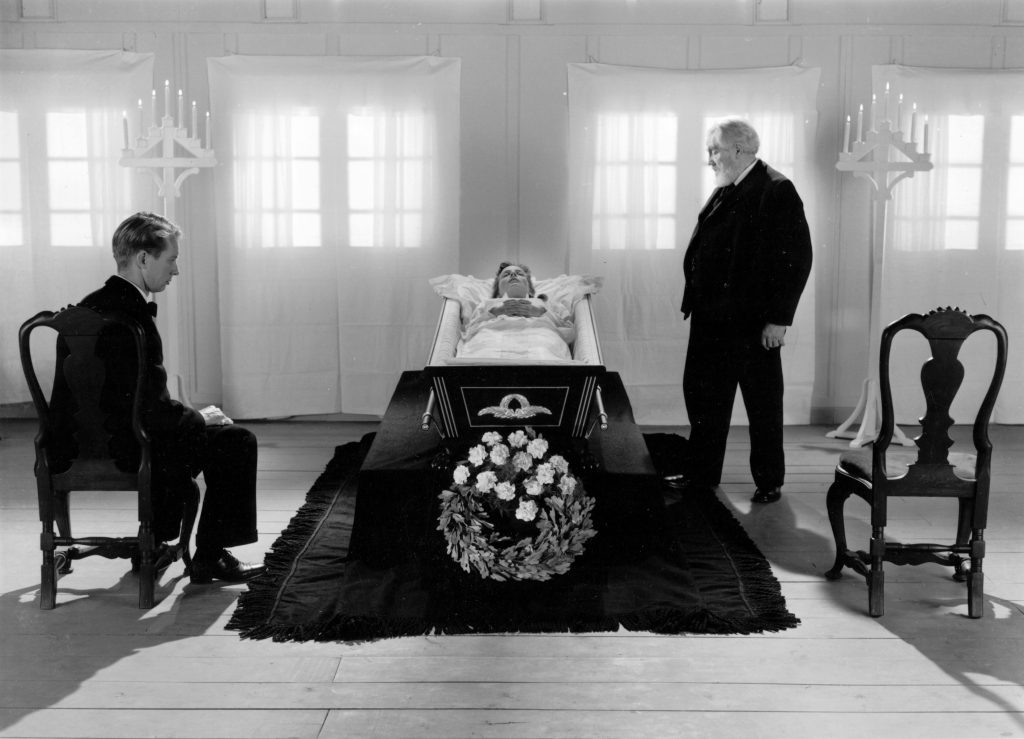 Carl Theodor Dreyer has an brilliant eye for frame composition, production design, lighting, and camera movement, and that’s just the technical side of this striking film. Dreyer’s script, based on a play by Danish Lutheran priest Kaj Munk, is a window into the life and faith (or lack thereof) of each of the Borgens, a farming family in rural Denmark, and the community in which they live. The main characters are the patriarch Morten and his grown children, Anders, Johannes, and the eldest Mikkel and his wife Inger, who is pregnant with her and Mikkel’s third child.

Each family member is distinct from the others with their own hopes, dreams, struggles, and personal journey of life and faith. Yet, they are still very much a family living under one roof and so the multiple narrative threads are woven together into a beautiful tapestry. The elderly Morten is set in his ways, as is Peter the tailor, the father of Anne, whom Anders pines after. Both Morten and Peter refuse Anders’ request to marry Anne because they are in different sects of Christianity, creating a proudly religious version of the Romeo and Juliet story. Mikkel has no faith, but his wife Inger is deeply religious. So when her pregnancy comes to trouble, Mikkel is forced into his own crisis of faith. In a crossing of history with fantasy, Morten’s middle son, Johannes, after having studied the works of the Danish philosopher and theologian Søren Kierkegaard, has become convinced he Johannes is Jesus Christ himself. He echoes the words of Jesus from the Bible and speaks prophecy that he expects to be believed. Each of these family member’s threads of life story and struggles with faith and reality crash into everyone else’s leading everyone to the critical moment where they are forced to decide what they truly believe and what they will do about it.

Where Is My Friend’s House? 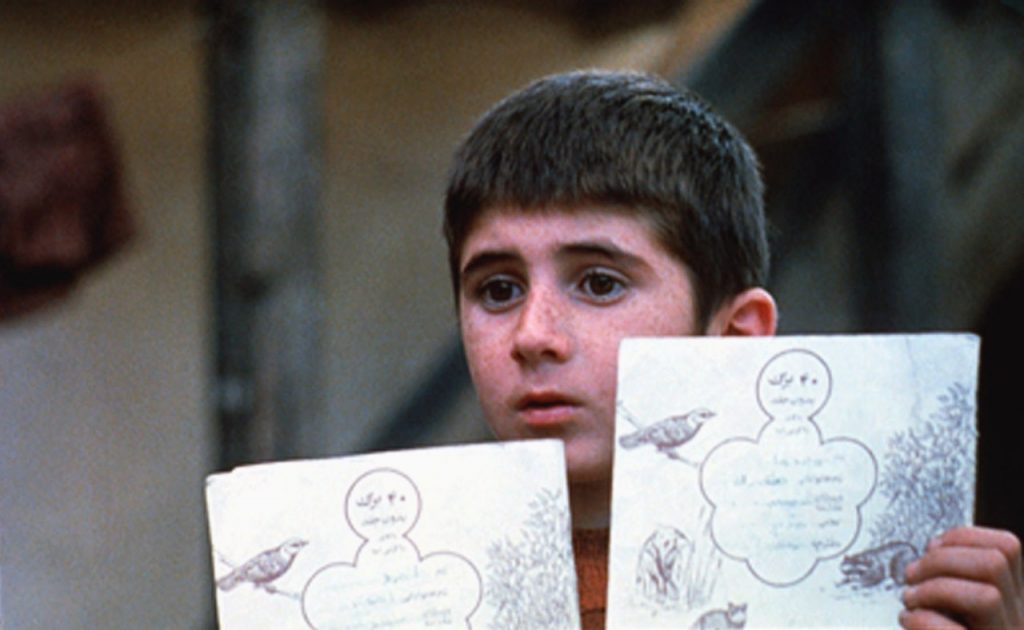 Who doesn’t remember being a child, facing what to you was a life or death situation, but neither your parents nor any other adult grasped the gravity of your plight and instead kept harping on you to do what was important to them or what they were certain was in your best interest? But they didn’t stop to realize that you had every intention to do what they wanted except you had this emergency you needed help with first?

Iranian filmmaker Abbas Kiarostami perfectly captures the experience of being a child trapped in such a true-to-life, Kafkaesque nightmare. Ahmed (Babek Ahmedpour) and Mohamed (Ahmed Ahmedpour) are classmates. Their very strict and aggressive teacher has harshly berated Mohamed and threatened him with expulsion if he fails to do his homework in his notebook once more. Ahmed witnesses his friend break down into tears and we along with him suddenly find ourselves feeling great empathy for the boy. Yet later, there is a mix-up, and when Ahmed arrives home, he discovers he has both his own and Mohamed’s notebook, leaving him torn between obeying his mother, who won’t even listen to his plight, and doing everything he possibly can to return his friend’s notebook even though he lives in a neighboring town, and he has no idea where his house is.

With such a simple but universally relatable concept, we are drawn into the world of children and reminded that they need our compassion and understanding. How quickly we as adults forget the experience of being a child as the roles become reversed and we become the ones making demands of them. How much anxiety is caused when a child feels invisible to adults or when adults think they know what the child needs without caring enough to stop and listen? 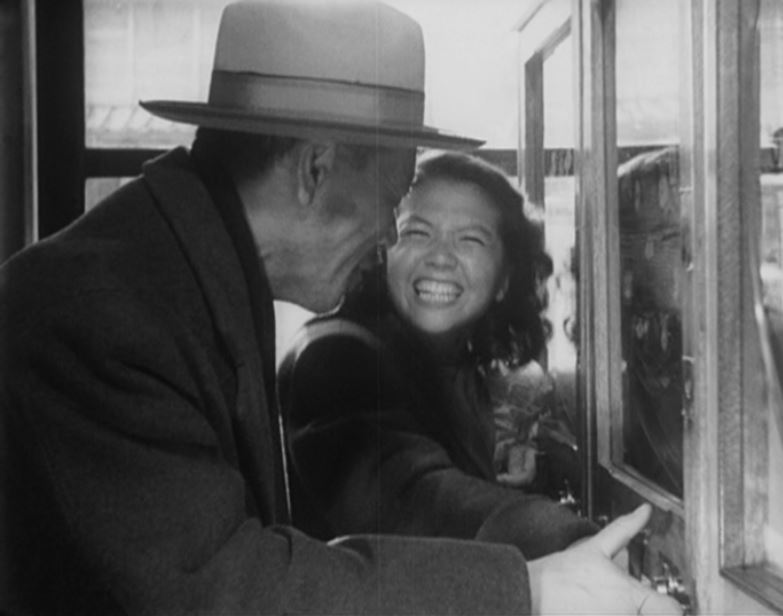 No matter where we are in life, we all know that we’ll eventually die, whether from cancer, an accident, or old age. Through Ikiru, master filmmaker Akira Kurosawa gives the viewer an opportunity for reflection as it provides an intimate view of one man’s experience of having discovered he has stomach cancer and only has months to live, leading him on a journey of introspection and regret that so much of his life had been spent in meaningless attitudes and actions.

Takashi Shimura plays Kanji Watanabe. Having worked as a government bureaucrat doing the same job for decades as well as being a widower with a son whose primary concern is his inheritance, he suddenly is left wondering what it was all for. What was the point? Ikiru means to live, and Kanji now finds himself desperate to figure out what it means to live. Along the way, he notices his young female subordinate named Toyo (Miki Odagiri) and becomes enamored not with her but with her personality that is positively brimming with the joy of being alive, so he develops a relationship with her to try to figure out her secrets.

The other side of the film, especially in the third act explores the way we make assumptions about other people and how often reality differs from what we think. It serves as a sober reminder that we should be careful about making judgments about others. We may not know the full story. 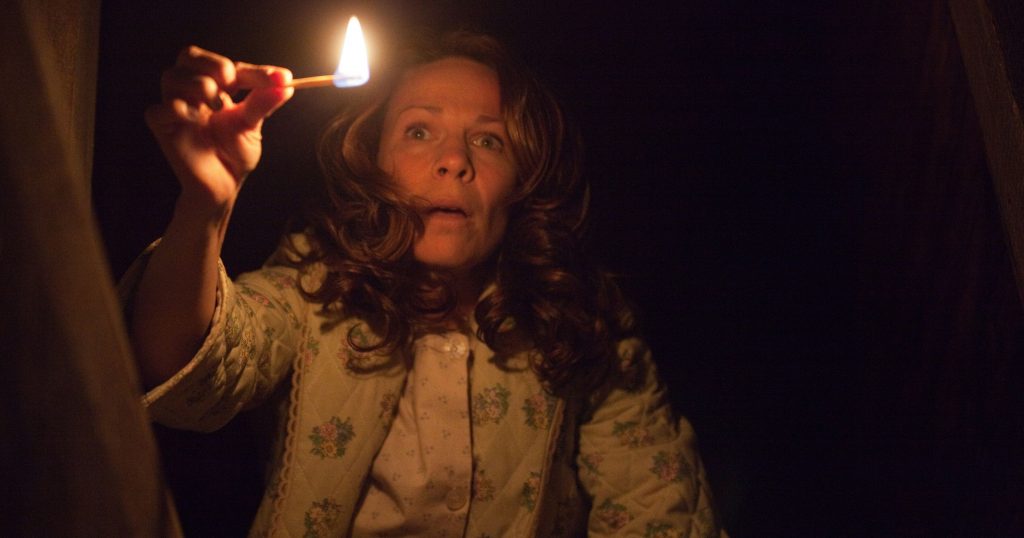 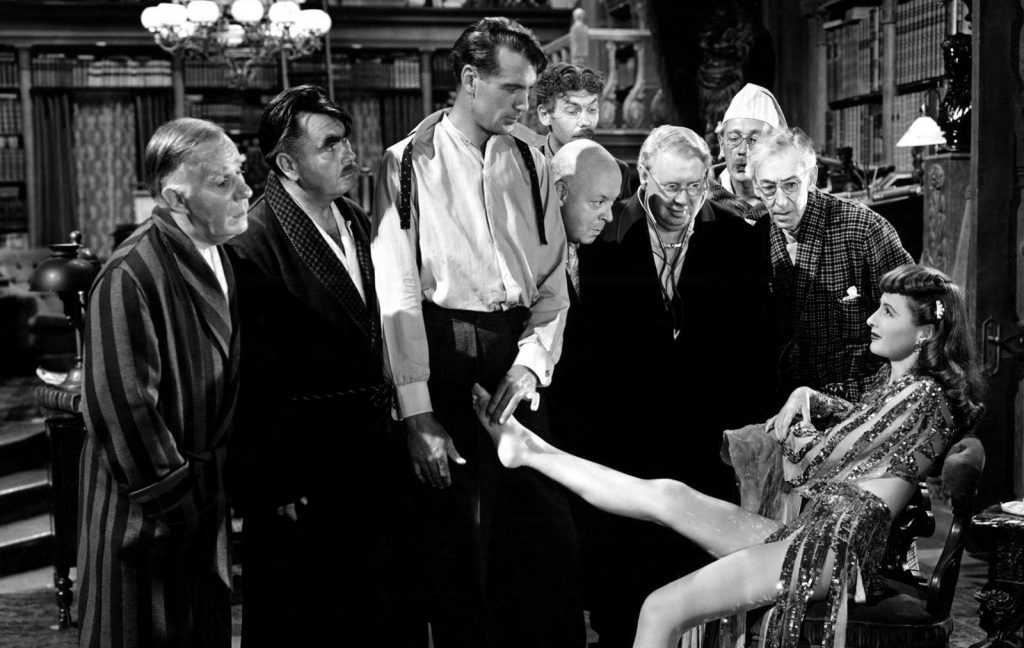