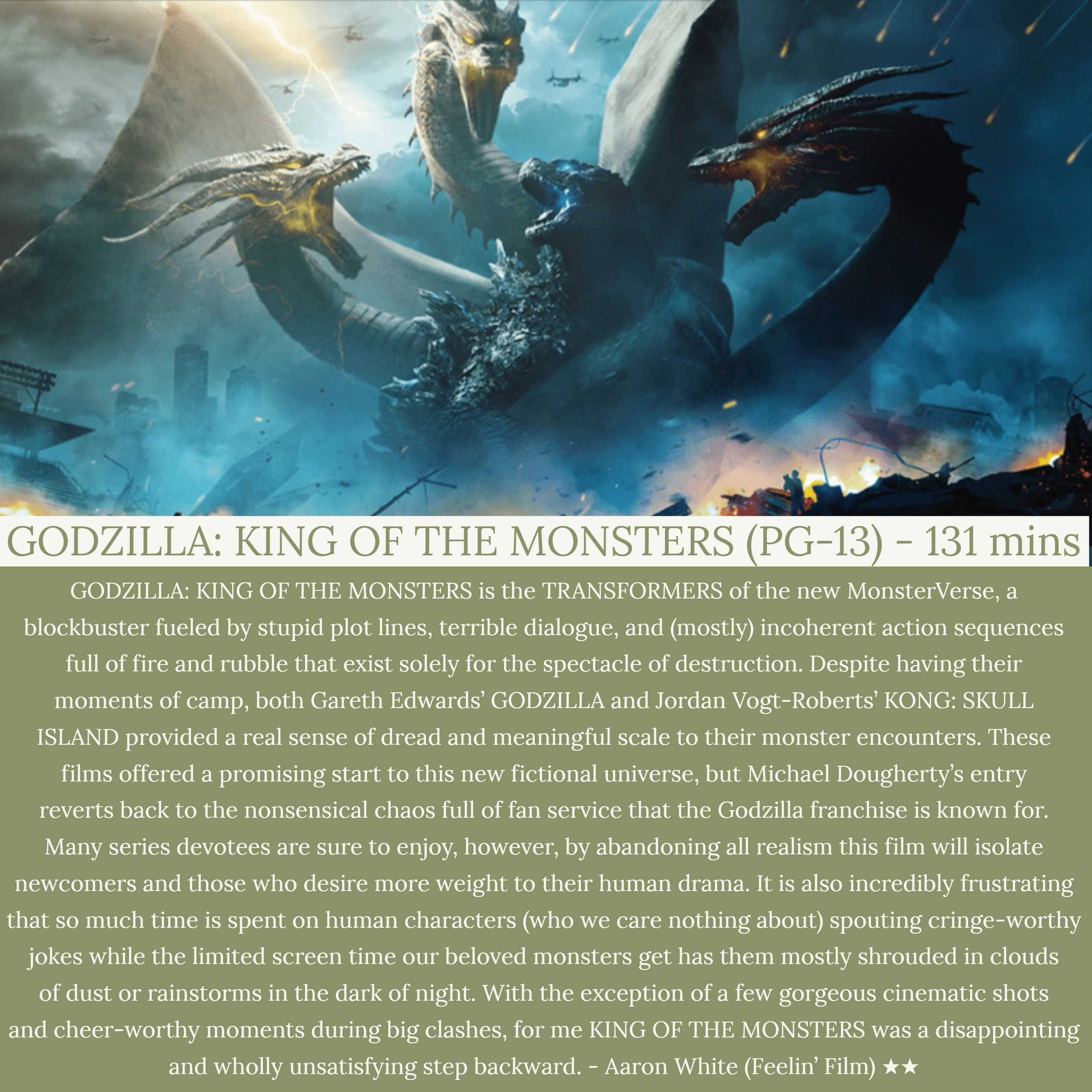 This week we are talking about one of our most anticipated films of the year and we are so thrilled that it did not disappoint. We both resonated with Damien Chazelle’s telling of Neil Armstrong’s story and discuss why the blending of drama and technically brilliant action sequences worked perfectly for us. 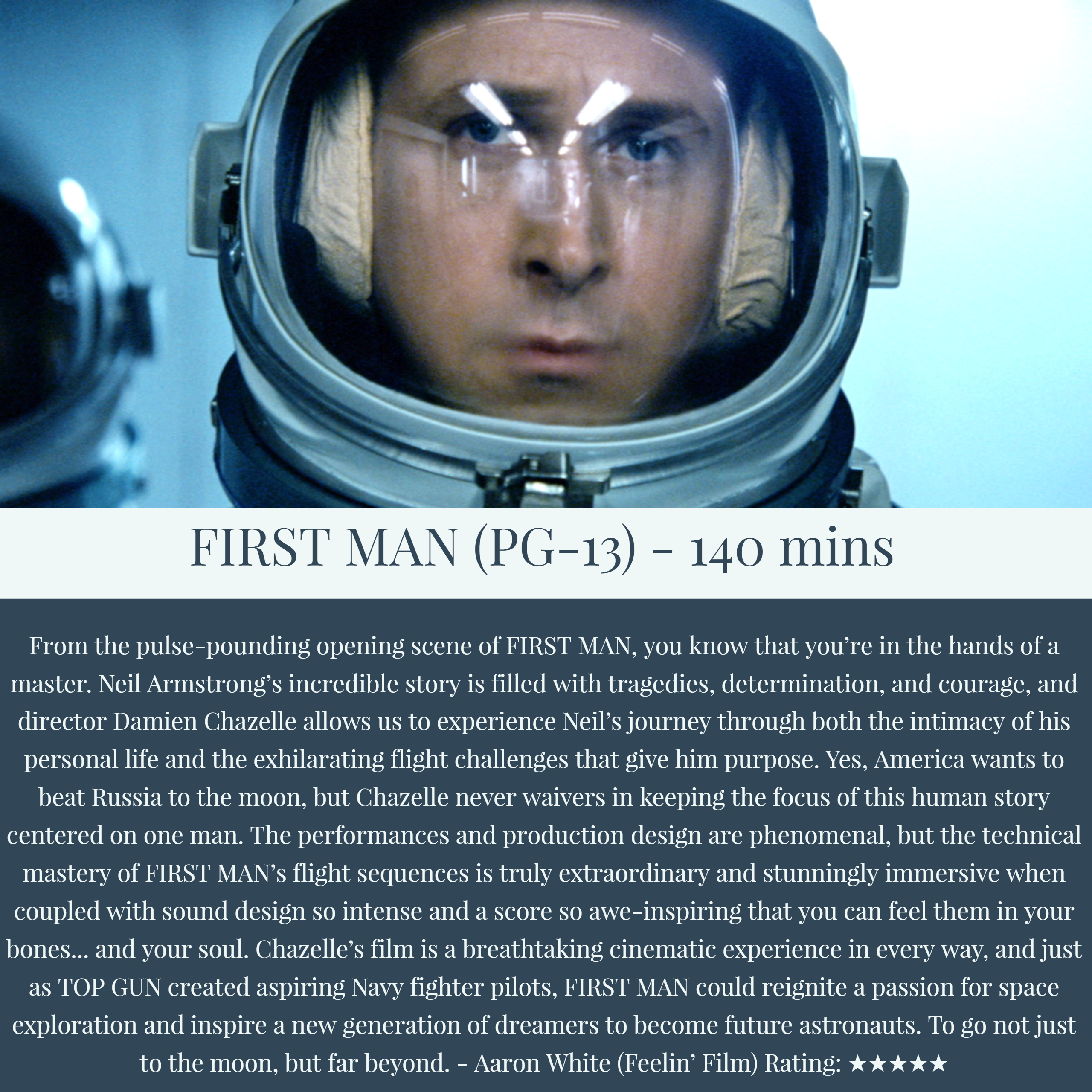 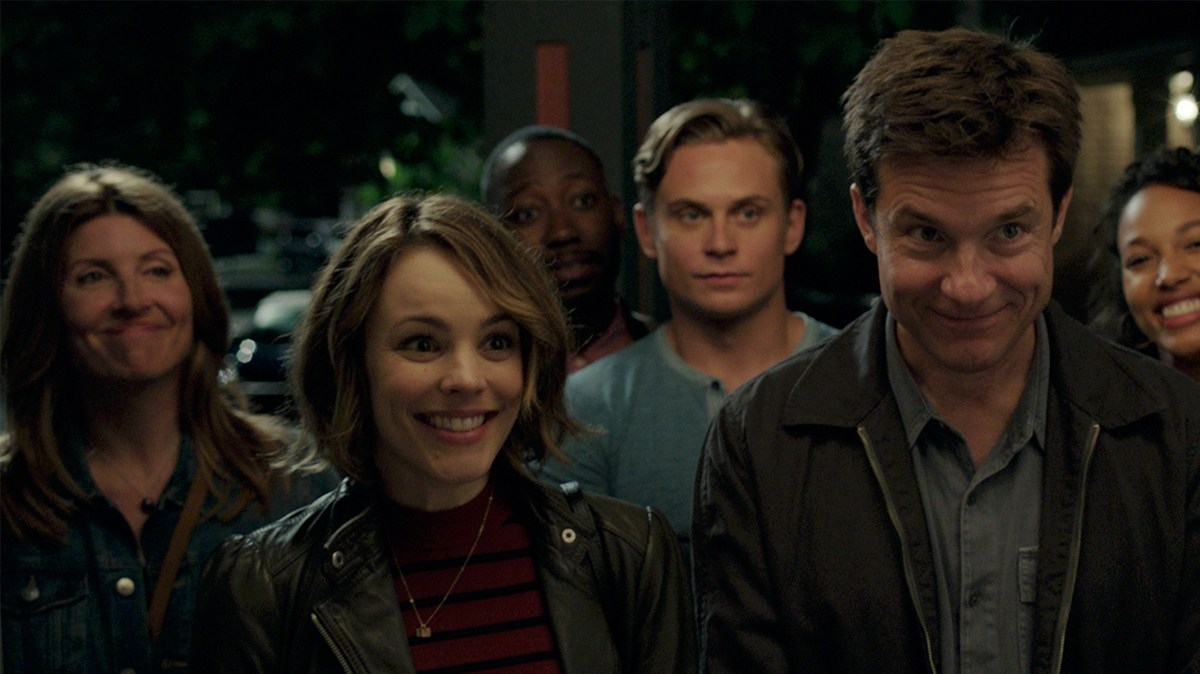 I don’t know about you, but I don’t think that I was ever adequately prepared to be a grown up. And at the risk of sounding like a whiner, I’ll just come out and say it, adulting is hard. And when 5 days of work, children’s activities and other responsibilities get followed up by a Saturday full of work around the house, there’s really only one thing that can get me to put my pants back on after my Sunday afternoon nap. That thing is game night. Who doesn’t love game night? Whether it’s a group of old friends from college getting together to play Pitch and swap stories deep into the night, a cup of coffee and a game of Ticket to Ride or driving 90 miles an hour headed straight for downtown to beat a friend to the next clue in a scavenger hunt that would consume my every waking thought for weeks, I love to hear those five little words, “Game night at our place.” Game night is one of life’s little pleasures. It’s like a 2-4 hour oasis where you get to forget about what’s going on in your world and try to beat your friends into submission.

John Francis Daley and Jonathan Goldstein’s film Game Night, in theaters this weekend, shows its audience a game night that is quite different than any you have likely experienced. Largely about an evening gone awry, the film is two hours of unbridled, crazy fun that left me feeling like I do during an actual game night. All of the ingredients are there: the super competitive couple that always wins (Jason Bateman and Rachel McAdams), the couple being a little too open and honest about a marital spat (Lamorne Harris and Kylie Bunbury), the idiot who is terrible at games but a lot of fun to have around (Billy Magnusson), the guy who is only invited because he heard about game night from someone else (Jesse Plemmons), the moments of tension broken up by intense laughter and the three bags of Tostito’s Scoops.

The plot is fairly straight forward. Max and Annie (Bateman and McAdams) are the weekly hosts of game night. But Max’s spotlight stealing older brother Brooks (Kyle Chandler) comes to town and promises to up the ante on game night at his place. Within an hour, he says, someone will be kidnapped. The team that finds that person first wins. The winner gets his cherry red Corvette Stingray. This is serious. When the kidnappers show up and take Brooks in a manner that’s a little too convincing, our three couples have to figure out what is real and at is just part of the game.

To say more would be a disservice to the film. It’s a movie that starts fast and keeps moving at a break-neck pace for its entire runtime. The twists and turns and special appearances along the way are surprising and fun. Daley and Goldstein, who also wrote the script, seem to revel in creating a narrative that defies audience (and the film’s characters’) expectations at every turn. At one point, about halfway through, when it seemed that the movie was turning more into an action thriller than a comedy, the film instead steers right into the absurdity in its premise and delivers another load of belly laughs.

The cast is obviously having a great time. Jason Bateman plays Jason Bateman. I’m not saying that to complain. I love every minute of it. He has great chemistry with Rachel McAdams, who has great timing and delivery in the rare straight comedic role. Kyle Chandler is another guy who you don’t get to see be funny very often. He doesn’t get a lot of time in this one, but he takes advantage of every scene he gets. He’s good enough in his comic situations that you almost forget that he possesses that Coach Taylor paternal charm when he turns it on during the more sentimental moments of the film. The comic MVP of the film is Billy Magnusson. On the surface, his character is that of the stereotypical idiot friend (think of him as a blonde Joey from Friends) but man, does he sell the hell out of it. Jesse Plemmons is freaking creepy as the next door neighbor policeman who hasn’t gotten invited to game night since his wife left him, who was the person in the couple that people liked.

Game Night is not a perfect film by any means. I’m sure if you spent some time trying to figure out exactly how everything works out the way it did, you could probably make your head hurt. So don’t do that. It’s already been a stressful week. You need a break. Put some pants on, even if it’s just your sweats, and go have a couple of hours of fun. It’s Game Night.