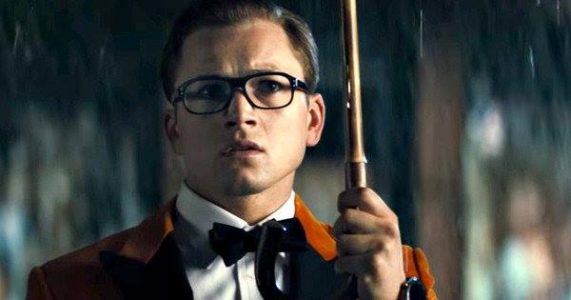 In 2015, a new project from director Matthew Vaughn and comic book writer extraordinaire Mark Millar became a surprise theatrical hit, grossing $128 million domestically. As legend has it, Vaughn and Millar were at a bar one day discussing spy movies and decided that the genre had become overly serious. The two decided to make “a fun one”, which ended up being based on one of Millar’s comics, and Kingsman: The Secret Service was born.

In my opinion, Vaughn and Millar succeeded in their attempt to liven up the secret agent movie. I enjoyed Kingsman: The Secret Service (K:TSS) immensely and now have high expectations for its sequel. I’m particularly interested in learning how Colin Firth’s character (code name Galahad) returns and whether or not Julianne Moore’s new villain can reach the eccentric excellence that Samuel L. Jackson provided in the first film. The sequel is also pulling in some big names for what seem to be smaller roles. Will Jeff Bridges, Halle Berry, and Channing Tatum enhance the film or be a distraction? The action will be grand, I have no doubt, and I’m crossing my fingers that the humor will work as well as it did before (vice following the raunchier trend of modern-day Hollywood comedies). Regardless of whether Kingsman: The Golden Circle wows me, I do expect to have a good time at the theater. If it turns out to be special, even better, but that would be enough.

I went, I saw, and… I was let down. Kingsman: The Golden Circle (K:TGS) did not, in fact, turn out to be special. Unfortunately, I didn’t have much of a good time either.

In K:TGS, the Kingsman headquarters has been destroyed and Eggsy must unite with new American allies (The Statesman) in order to once again save the world, this time from a ruthless villain. One of my burning questions for this sequel was whether or not Moore could live up to Jackson and the answer is a resounding “NO.” Despite her fantastic performance as a bubbly psychopath drug lord, the character motivations are selfish and far less interesting than the thought-provoking topic of overpopulation that is explored in K:TSS. There is also an increase in the violent/gory content of the sequel (stemming from her ruthless nature) that I found off-putting and unnecessary. Another of my primary concerns was how the return of Colin Firth’s character of Galahad would be handled. To put it bluntly, it’s a complete joke. I was not the only one to sigh and roll my eyes at the explanation of how he survived the events of the first film, and his reappearance here retroactively lessens the impact of K:TSS.

With regards to those new American spies, it was disappointing how little screen time Channing Tatum was given. He was one of the few bright spots, stole every scene he was in, and yes, he dances. Jeff Bridges and Halle Berry are… fine. All of the American agents other than Pedro Pascal’s Whiskey feel like they’re window dressing or present only to set up bigger roles in a sequel. Oh, and can we talk about those code names? It’s quite obvious that the film is meant to be satire and poke fun at Americans, but whereas the Kingsman mythology is modeled after old knights and tales of honor, the American agency is modeled after liquor tycoons and its agents named after different brands of alcohol. This serves as a perfect example of how K:TGC takes a big step back by being overly silly in its stereotypes. Its numerous attempts at cultural commentary were a big miss for me.

Lastly, I have to address one specific scene that really ruined the movie for me. As mentioned above, my hopes were that the film would not be too crude. In one entirely avoidable moment, Vaughn instead pushed far enough that I will now choose not to let my young teenagers see the movie. And the question I kept asking myself is “why?” There are so many inventive technologies in this series, but when it comes to getting information from a gorgeous blonde that creativity manifests itself in teenage boy fantasy instead. Luckily, this overtly and uncomfortable sexual scene only occurred once, and Vaughn deserves some credit for attempting to fix his mistake with a certain Princess at the end of K:TSS. But even that still falls short and the film lacks any semblance of a strong female character.

To end on a high note, the film does feature one of my favorite scenes of the year. Mark Strong’s Merlin was a highlight in K:TSS and here he provides an emotional center to the film that I was easily able to connect with. This scene will forever change my thoughts when I hear John Denver’s “Take Me Home, Country Roads.” Strong’s performance in this scene (and this series) is exceptional and has inspired me to seek out more of his work.

Kingsman: The Golden Circle takes everything about its predecessor and cranks it up to 11. If you didn’t enjoy that film, you definitely won’t like this one either. My expectations were not met, I didn’t enjoy the film, and I’ve lost the desire to see future installments in this series. When Vaughn keeps the focus in Britain and on the Kingsman, it’s great stuff. Too much of this film is an on the nose joke or critique about modern day America, though, and the results are underwhelming.