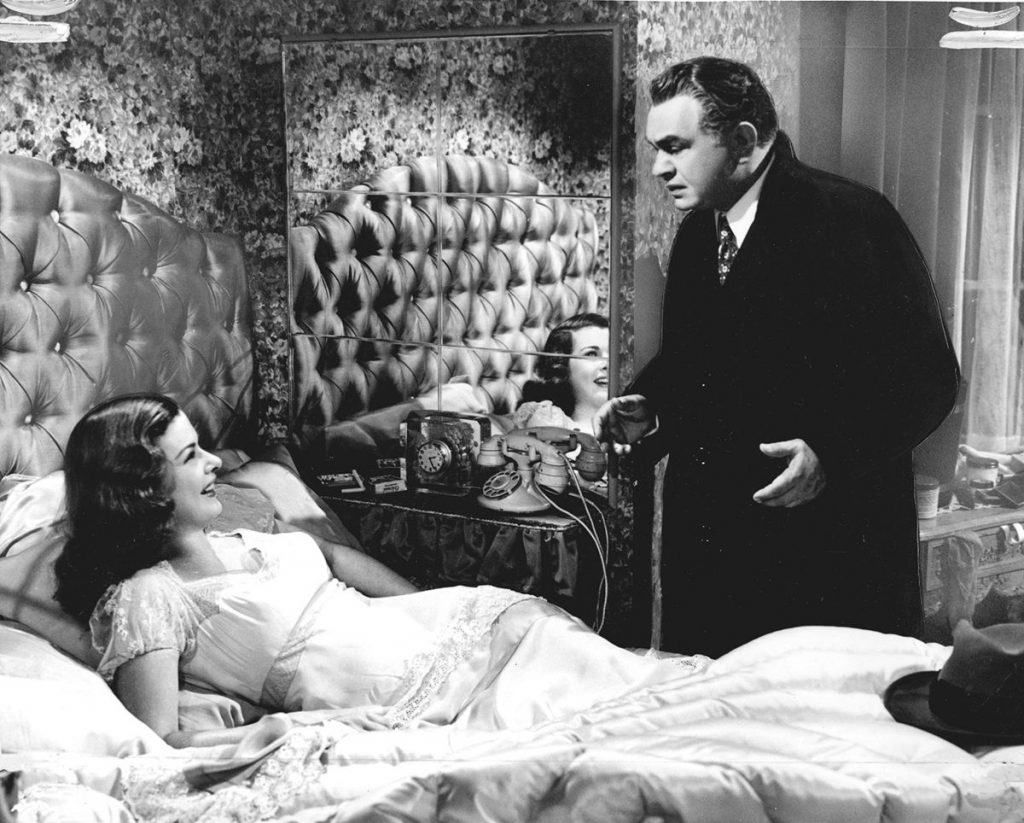 Edward G. Robinson highlights this Fritz Lang all too relevant morality tale. Robinson plays the uncomfortably timid Chris Cross, a man embarrassed about and unhappy with his job as a cashier for a clothing store. He’s found himself stuck in a marriage to a shrew of a wife named Adele (Rosalind Ivan), who berates and belittles him constantly and has no respect for his only true interest of painting.

It’s no surprise that Cross’ misery leads to him falling for another woman, especially one as captivating as Kitty March (Joan Bennett). His relationship with her starts innocently enough, as these things so often do. He finds her being attacked and rushes in to help, unaware the assailant is her boyfriend. In their subsequent conversation, she falls under the impression that he is a wealthy painter, setting the stage for a con and a trap exploiting his attraction to her. A terrifically dark film with great performances, memorable dialogue, a tough message, and a minimal score. 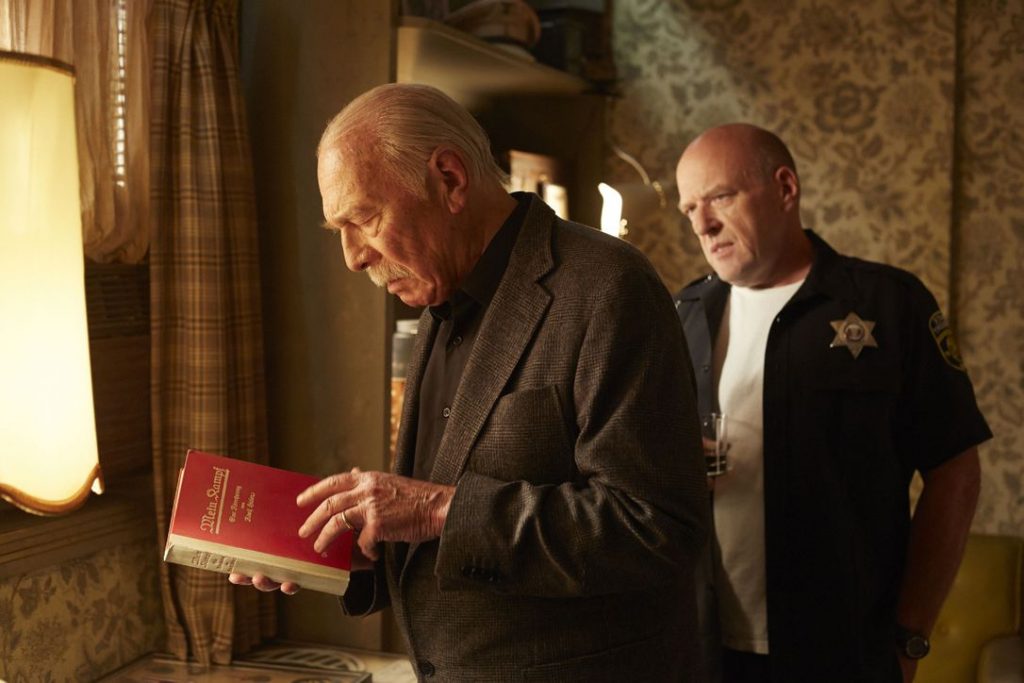 An elderly, frail Christopher Plummer impresses in this lesser-seen A24 studios film. First-time screenwriter Benjamin August’s inventive take on the revenge tale is directed by Atom Egoyan. Not only does it involve a necessarily elderly survivor finally discovering who killed his family at the Auschwitz death camp during World War II, but dementia and a ticking clock also plays a role as Plummer’s main character Zev is trying to accomplish his mission before he completely loses his mental faculties. This angle provides something of a Memento feel, though the plotting was not nearly as intricate.

At first, Plummer comes across as very old and almost helpless, but life infuses his body as purpose grows in him. He’s kept on track by a letter he keeps referring to which reminds him of all the important details of who he is and the importance of what he’s doing. Dean Norris provides a small but noteworthy, disturbing, and tension-filled performance as neo-nazi John Kurlander. It’s scary to think there are people just like him.

This incredibly ambitious nearly four-hour effort by director Edward Yang covers four years in the life of Xiao Si’r (Chang Chen), the fourth child in a large family living in mid-20th century Taipei. Featuring an enormous cast–nearly 100 relevant characters–and detailed set designs for the many locations within the village it’s set in, this is a dense film. It’s packed full of universal themes such as those accompanying adolescence, rival social groups, love, parenting, financial hardship, and life during political upheaval. Yet, the story explores life in a very specific time and place. Given all the diverse plot threads, it practically demands repeat viewings to be able to appreciate the diversity of characters and themes.

The village this film is set in, its homes, streets, and school feels very much lived in. There’s always activity going on around the characters, and sometimes the camera itself even seems to become distracted as it effortlessly shifts from following one character to another who happens to be passing by. The main plot itself often takes a backseat to the general exploration of post WWII Taiwanese culture and society. In lesser hands, that could just create a mess, but Yang handles it with care by creating rich back stories for every single one of the speaking roles. Everybody feels important. Everybody matters.

October 2
The Nightmare Before Christmas (1993)