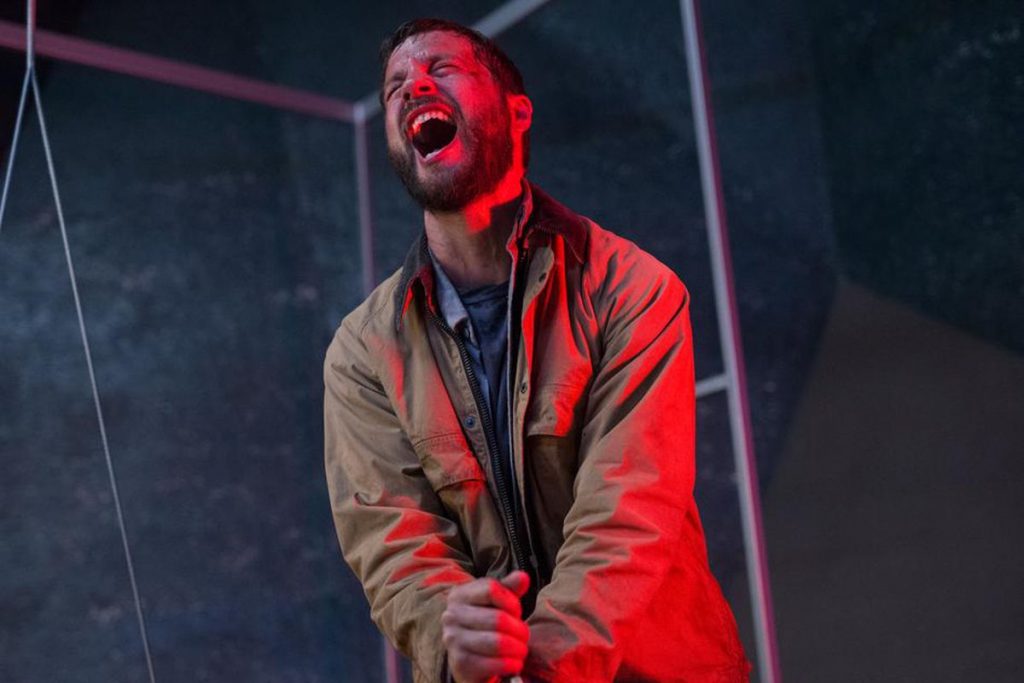 I’m really going to miss Movie Pass. I’ll understand when it goes away. It makes sense that it would fail. But I’m going to really miss going to see a movie I’d never even heard of on the spur of the moment because it’s already paid for. Without Movie Pass, I never would have seen Upgrade.

Leigh Whannell’s Upgrade takes place in the near future and tells the story of Grey Trace (Logan Marshall-Green in a performance that will help me finally stop confusing him for Tom Hardy), a man who has just witnessed his wife’s murder and been paralyzed and left for dead by his attackers. When he’s given the opportunity to regain the use of his arms and legs thanks to an experimental new technology called STEM, he uses his new lease on life to hunt the people responsible for his wife’s death while attempting to stay one step ahead of the cop assigned to the case (Betty Gabriel). But it’s starting to look like there’s more to this STEM technology than meets the eye.

Upgrade is a tense, violent thriller with solid action and a dark sense of humor. While it’s not scary, it’s not difficult to see that Leigh Whannell cut his teeth in the horror genre as the film slowly builds to it’s frenzied third act. It creates a fascinating future world that feels real and lived in thanks to some cinematography by Stefan Duscio. You don’t have to suspend disbelief to buy into this being the way the world looks in just a few years. When you put those two together with a solid performance from Marshall-Green, it adds up to my favorite movie of the summer thus far.

If you’re suffering from franchise fatigue and craving an original, self-contained story outside of any cinematic universes this summer, you could do a lot worse than Upgrade. Did I mention it’s only 95 minutes long? It’s great! Thanks Movie Pass!