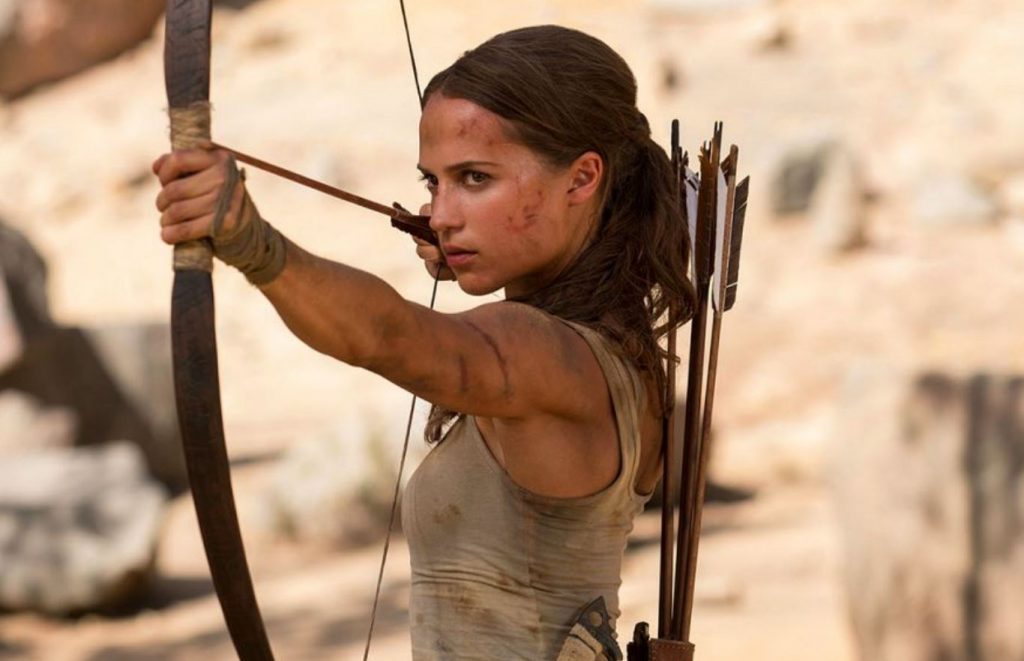 I’ve been a gamer for my entire life. When it comes to the action/adventure genre, the Tomb Raider series has always been my favorite. Its focus on exploration and historical discoveries intermingled with myth and legend makes for fascinating stories. In 2013 the series was rebooted with modern gameplay and graphics. That game, simply titled Tomb Raider, is the pinnacle of the series for me, mixing the perfect amount of tomb raiding with an intriguing and emotional narrative. It is that very story which inspires this new film, led by Alicia Vikander, an incredible young actress who is among my favorites. I, like so many gamers, have waited and wanted for a worthy film adaptation of a game. Could this be it? My excitement, and hopes, are sky high.

“All myths have foundation in reality.”

At its heart, the Tomb Raider video game series has always been about discovery. Sure, it’s evolved over the years to include plenty of gun-firing, arrow-flinging action, but where the series sucked players in was its climbing sequences and tomb exploration. Searching for, and finding, some rare artifact or relic never gets old, no matter how far-fetched the stories about them become. And far-fetched is where the story in the 2013 Tomb Raider game went, focusing largely on Lara fighting to stop a group of people bent on harnessing the supernatural power of the goddess Himiko. This adaptation of that game actually includes elements of its sequel, 2015’s Rise of the Tomb Raider, as well. And all of the story changes are for the better.

Tomb Raider serves as the origin story of Lara Croft (Alicia Vikander). Instead of starting off with Lara as a globe-trotting treasure hunter, Lara is presented as a young woman who has not emotionally recovered from her father’s disappearance 7 years earlier. Her unwavering hope that he is still alive eventually leads her to discovering information about where he might be, and off she goes to find him. Though the primary plot may focus on whether or not Lara can stop the goddess Himiko from being released, the film’s emotional core rests in the story of a father who left his daughter to protect her, and a daughter who will do anything to save her father. This relationship drives Lara’s actions when confronting the film’s primary villain, Mathias Vogel (Walton Goggins), a man who even himself just wants to do his job so that he can see his kids. Goggins chews up scenery as the cold-hearted Vogel and plays a great foil to Lara.

Action sequences are hit or miss in the film. At times, the CGI is noticeably wonky during the biggest moments, but in more close-up shots like Lara mowing down guards with a bow and arrow at close range, the action is an adrenaline-pumping rush fueled by Junkie XL’s frenetic score. What works in the film’s favor is how faithfully it always represents a video game perspective. Many scenes are taken straight from the source material and those who have played it will likely find great joy in reliving these. Everything about the film is consistent with it being a game adaptation. In short, the movie feels like the video game in so many way, as well it should.

The other primary area where the film really needed to deliver was in its depiction of puzzle solving/treasure hunting. There are scenes here too that are copied directly from the games the film is based on, and even when they aren’t they feel perfectly placed in the world of Tomb Raider. Lara’s eyes perk up when figuring out clues and her sense of curiosity is evident when she discovers something new for the first time. These are the qualities that make her who she becomes and what could set her off on countless new journeys in the future.

Tomb Raider is a fast-paced, fun, action adventure film. Its adaptation of and improvement on the excellent source material and display of many iconic game moments are a delight to see on screen, and Alicia Vikander’s performance captures the strong-willed and intelligent personality of Lara Croft perfectly. Enhanced by an emotional through-line about the love between a father and daughter, Tomb Raider rises above most of the films in this genre and proves that good video game adaptations can be made. It left this fan relieved, satisfied, and wanting more.