Skip to content
To say that I was merely satisfied by TOLKIEN from director Dome Karukoski would be a gross understatement. Check out Tolkien when it releases next weekend or attend the special Fathom Events showing on May 7 that features a Q&A hosted by Stephen Colbert. 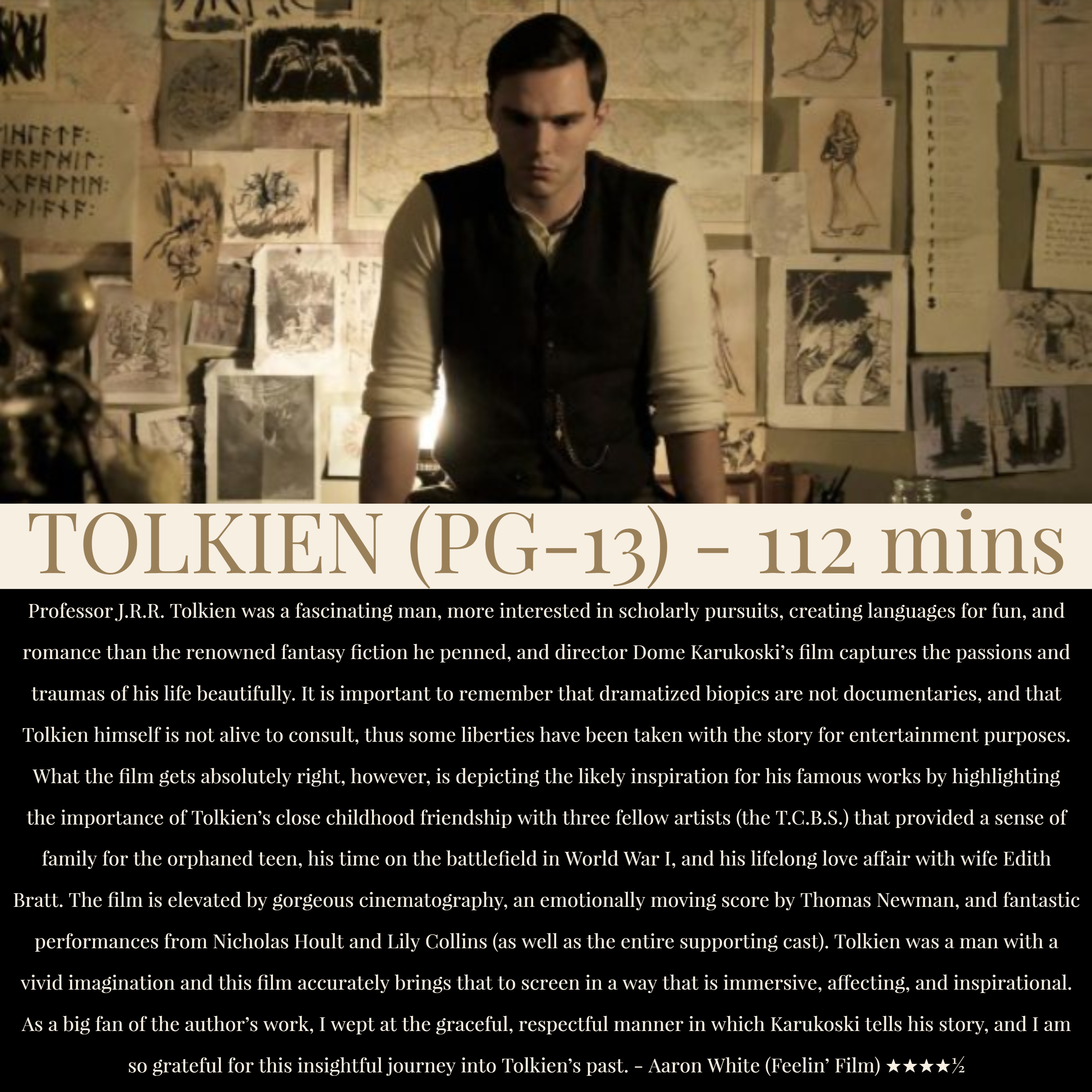