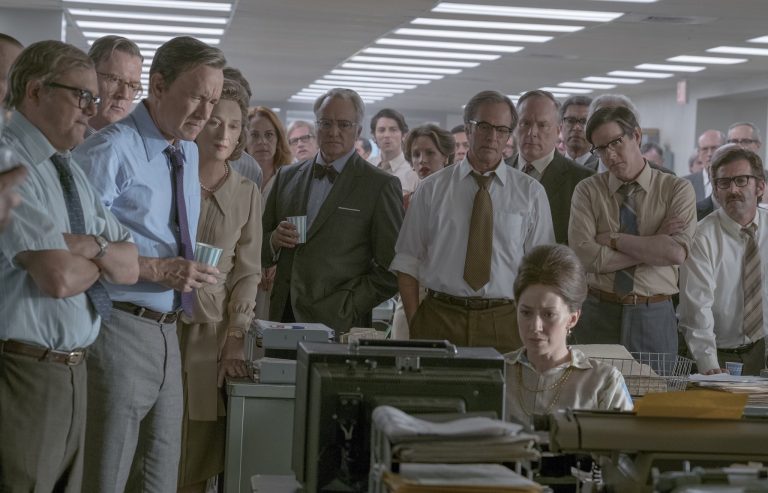 True story – my dream career for two decades was newspaper editor. Not an astronaut or a doctor or Major League Baseball player. I grew up with a very strong interest in journalism and political science. Had my life taken a different path, perhaps those two subjects would have resulted in college degrees that eventually led me to that desk job at a major paper.

The Post dramatizes the Washington Post’s publication of the Pentagon Papers, which exposed government secrets and lies about the Vietnam War. With a cast led by superstars Tom Hanks and Meryl Streep, and directed by Steven Spielberg, this story of unbiased journalism is extremely relevant and sure to land numerous Oscar nominations. The question is, will it be more All President’s Men or Spotlight? And will it rekindle my dreams or put me at ease about missing out?

Standing ovation. That’s my initial reaction when the credits start to roll. I simply don’t clap for movies. It feels odd to do so when there is no one present to actually receive the praise being given from said action, but this film was the rare exception that made me want to.

The Post story, I’m ashamed to say, is not one that I was familiar with, but is a piece of history that is vitally important for all Americans to know well. Essentially the Nixon administration and government before him had a pretty bad habit of making decisions based on public perception instead of what might actually be best for the country. There was also a culture of “friendship” between the press and the White House that called into question the bias of reporting. All that was brought into focus, though, when the New York Times first published excerpts of the Pentagon Papers in 1971. After Nixon fails to persuade the NYT to cease publishing, a federal court does so claiming the papers violate the Espionage Act of 1917 due to their classified nature.

This is where The Washington Post, published by Katharine Graham (Streep) and edited by Ben Bradlee (Hanks) comes in. Hanks portrays Bradlee with a staunch patriotism and determination to do what he feels is right, which is always give the public the truth. “The only way to protect the right to publish, is to publish,” he says more than once, as he pushes his team to locate the Pentagon Papers and convince Graham to publish despite the potential consequences. Graham not only must face the risk of her career and freedom, but must do so in a world that where women were not frequently in positions of power. Streep’s performance is inspiring in the way it captures both the spirited strength of Graham as well as her nervous fears. Hanks is also fantastic and the chemistry between these two star-studded actors in a joy to behold.

Spielberg has also assembled an incredible supporting cast around Hanks and Streep. Bob Odenkirk stands out the most as reporter Ben Bagdikian, the man in charge of locating the Pentagon Papers for The Post. His resolve never waivers once and he is the perfect extension of Bradlee’s mantra that freedom of the press must survive because as he says about the government “If we don’t hold them accountable, who will?” John Williams’ score is much more minimalist than usual, but equally effective. It accentuates perfectly those heightened moments of drama with Oscar-worthy speeches, breaths collectively being held as decisions are awaited, and once scene where Spielberg shoots the printing press like it was in an action movie. 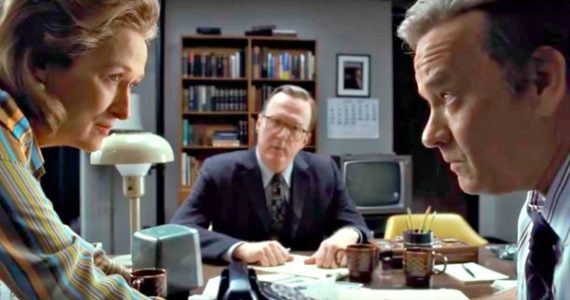 The Post features Spielberg’s best work in ages and the timeless greatness of Tom Hanks and Meryl Streep is on full display. This all-star team-up provides the goods in telling an important story about the place of journalism in society and the necessity of checks and balances for public servants. Emotionally speaking, everything works here and comes together into a rousing picture that champions a right which Americans must cling to more than ever today. See it in a theater. See it with your children. As much a vital history lesson as outstanding entertainment, The Post is one of this year’s best films and should not be missed.