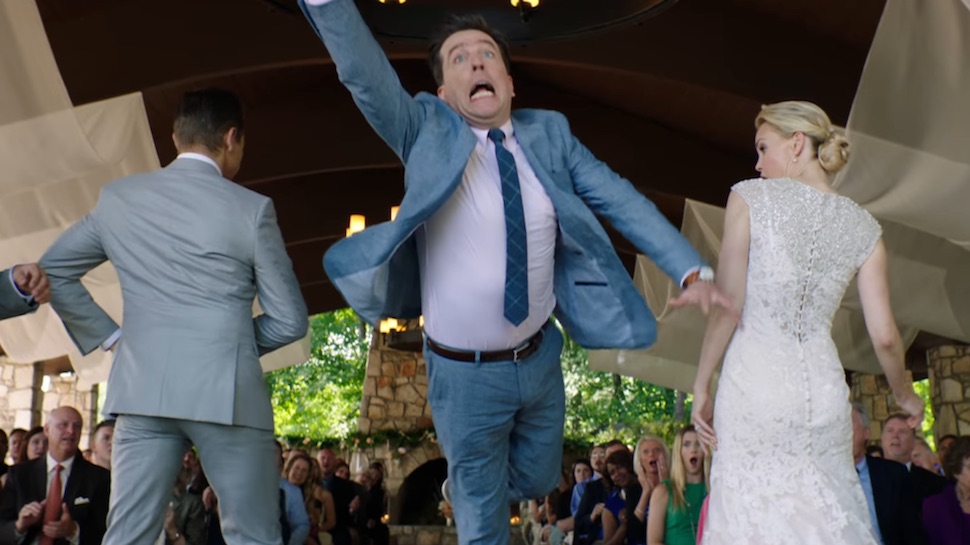 Chris and Beef, two of the ten real life Tag Brothers (as they affectionately refer to themselves), opened my screening of the film by informing the audience of two things. First, much of what we were about to see really happened. In their 30 years of playing Tag the group frequently ran over innocent bystanders in hallways, used deception, wore costumes, and even had spouses sell them out to each other. And second, but most importantly, playing Tag wasn’t about the competition. It was about human connection and friendship.

That’s very sweet and all, but this is a comedy, and competition is funnier than brotherly love. The film spends its opening getting us right into the action. We’re introduced to the characters through, what else, efforts by one or more of them to tag another. Throughout the film these sequences are awesomely done. Often with a perfectly fitting rock or hip-hop song in the background, the action is fast, comical, and most of the time very believable. When the guys go after their nemesis Jerry (Jeremy Renner), however, the camera goes into slow motion and becomes ultra-stylized with Jerry narrating the attack is it progresses in the manner of Benedict Cumberbatch’s Sherlock Holmes putting clues together to solve a case. This heightening of senses does a great job of highlighting the fact that Jerry, who has never ever ever EVER been tagged, is truly a god among men when it comes to their game.

The cast as a whole does a great job of capturing who the guys grew up to be as adults, while also allowing for cinematic liberty to spice things up a bit. Randy (Jake Johnson) is the typical grungy stoner who can’t hold down a job or relationship and is too blunt (pun intended) for his own good. Callahan (Jon Hamm) is a successful CEO that hasn’t lost that childish aloofness and has a fake confidence behind his gorgeous face. Sable (Hannibal Buress) is the least defined as a character, but perhaps the most hilarious, dropping random philosophical thoughts and laugh-inducing observations on the regular. And the leader of the pack, the relentless and super competitive Hoagie (Ed Helms), perfectly shows us that part of our nature that refuses to lose to our friends and is driven to hold the group together at the same time. He’s the glue of the Tag Brothers clan and fittingly receives the most emotionally complete arc. The women in the film also bring some added flavor, primary among them Hoagie’s wife Anna (Isla Fisher). She is super intense and as close to being part of the group as she can be, since an amendment to the game made it illegal for girls to join. She’s honestly the most memorable character of all and if she was to lead the rest of the ladies of the film in an estrogen-fueled sequel, I’d be all in for that.

If the film has a weakness, it is, for me at least, an over reliance on the potty and sexual humor commonly found in R-rated comedies these days. For sure, much of the dialogue here is probably how the guys talked, but it felt like the script pushed it overboard a few times, especially one recurring joke that involves the mother of one of the boys. Toning that back so that Tag could have been a more family-friendly affair wouldn’t have hurt the film at all. It also starts to feel a little bit long right as it begins to wrap things up. This was expected, though, as the film shines best in its tag sequences and that can only fill up so much of the space. Being able to relate to the characters was a huge plus. Scenes of them reuniting, rediscovering their childhood hangouts, making up new rules to their game on the fly, and generally expressing affection for each other silently through their competition felt very personal. Something about how these men stayed close into adulthood really connects, and I won’t be surprised at all if this film sparks games of Tag among friends all over the world, probably leading to plenty of injuries. 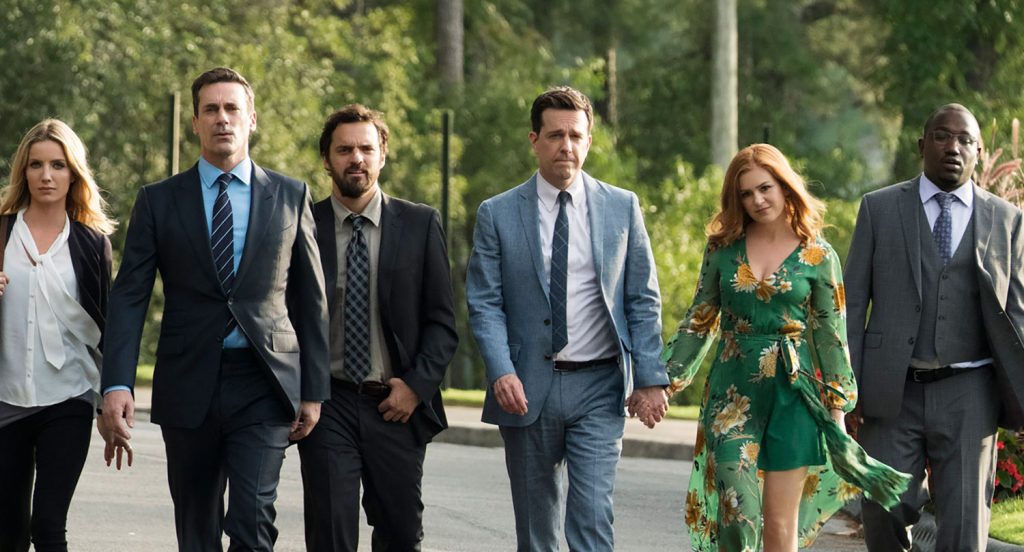 Unfortunately, I couldn’t see Tag with the tight-nit group of childhood friends I grew up with, the many brothers that I made while spending a career in the U.S. Navy, or even my closest adult friends, all of whom I could imagine playing this game with me. But I did see it while seated next to the person I’ve been most competitive with in my life, and the one overpowering thought in my mind as the credits rolled was to slap her on the shoulder, leap over a row of theater seats, and sprint out of the theater as fast as I could. Honestly, I wish that I had. After all, as Benjamin Franklin said, “We don’t stop playing when we grow old; we grow old because we stop playing.”