I laughed harder during THE SECRET LIFE OF PETS 2 than at any other film this year and emerged from the theater with tears in my eyes because of it. The film doesn’t break new ground, but I’ll own it and watch a dozen more times for sure. Take the family! 😻 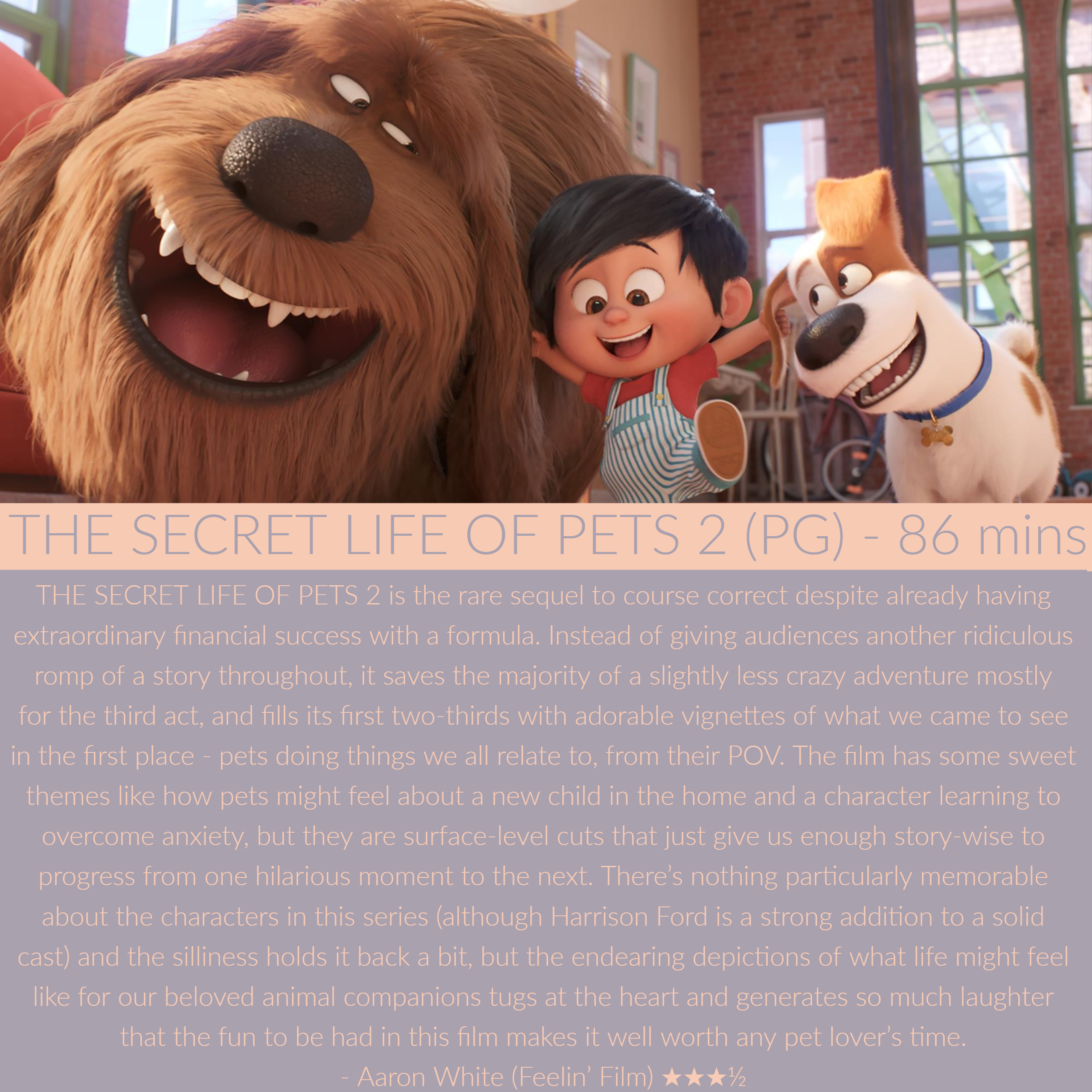