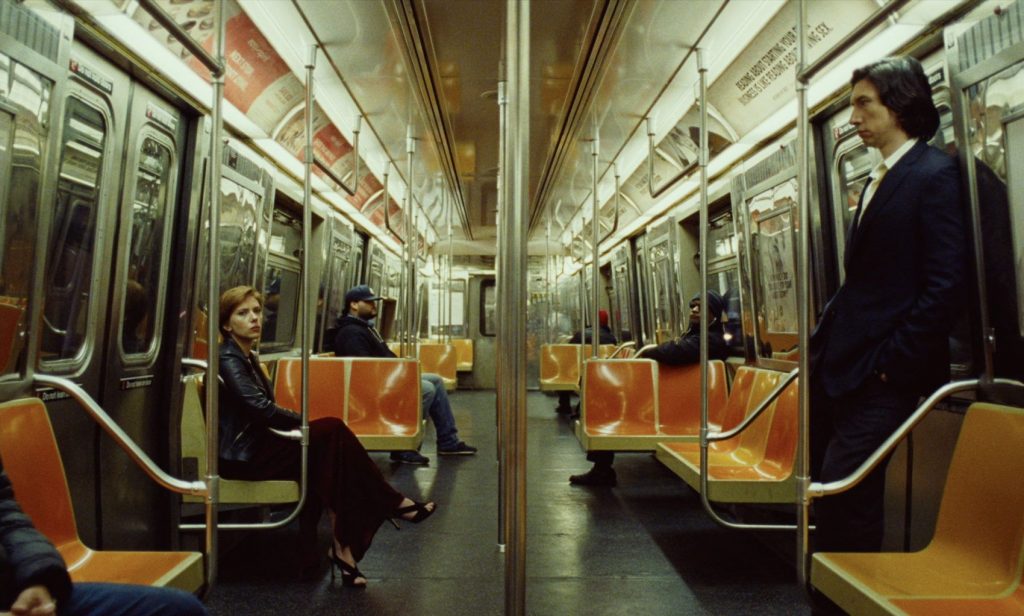 When you are with someone in a romantic partnership, it never really comes as a thought about how it will be to lose all of your love and happiness through a painful separation. It would be unorthodox to enter a relationship and not hope for the best, living out those vows to be together through the good and bad. Everybody wants to find that person that they feel completes them and is willing to call them their man/woman through the good and the noticeable flaws that rise to the surface here and there. Sometimes, these promises don’t end up with a fairy tale ending; instead, you feel the agony and suffering of a dream unfulfilled and the symptoms of a broken heart. Noah Baumbach’s “Marriage Story” delves into a marriage breaking apart. It is based on his real experience with actress Jennifer Jason Leigh but also can be a mirror into any point in our lives when we had a failed experience of love lost.

Charlie (Adam Driver) and Nicole (Scarlett Johansson) are a married couple who live in the bustling metropolis of New York City. Charlie is the owner of a celebrated theater company that gives Nicole a chance to follow her passion for acting, which has been a part of her life since her upbringing in Los Angeles. She had a chance to have a promising career in the City of Angels as a potential leading lady, but she ditched that dream to help Charlie build up his theater company and they ended up having a young son together. Over time Nicole feels that Charlie is not being open to her ideas, happiness, and wishes to go back to LA so she can be close with her family and friends. Charlie feels that with all the time he has dedicated to putting on works that can potentially go to Broadway, and dealing with all of the pressure and prestige that comes with it, he is giving everything he has for his family. Eventually, Nicole feels that the relationship has no more value with her having no autonomy and feeling a low sense of self-worth. She wants to jumpstart the process of a divorce. Charlie is shocked and painfully thinking over a world in which he loses the one person who he thought understood him for who he was, as well as losing the chance to be an able father to his child, due to a custody battle looming that will determine if he has to uproot his life in NY and move to the West Coast away from the home.

Baumbach brings his real-life pain to the screen with an intricate focus on the different dilemmas that arise during the process of divorce. Getting an attorney, custody battles, having to pay out of pocket (which can become expensive and potentially place you in debt or financial ruin), who keeps the apartment or houses, relationships between in-laws becoming fractured, a trial which can be taxing mentally, getting rid of special mementos that remind you of said person, and the feeling of your heart breaking into pieces are all captured here. There is nowhere to hide from seeing the pain on both Charlie and Nicole’s face in most scenes while they try to remain amicable and cordial during a time of emotional heartache. Even with trying to remain friends, Charlie and Nicole are swept into the system of divorce court which only rewards “bad behavior,” pushing them to look for any secrets or dirty ammo that can be used to help secure a resolution that each one wants. It’s a dirty game that spares no expense in leaving you embittered and broken down to the core.

The performances of Driver and Johansson are nothing more than extraordinary. Driver has etched his name right onto the Best Actor statue with a portrayal full that makes audiences feel the pain and anger over his life-changing dilemma. At times, Driver brought me near tears because of how involved his performance was; nothing felt put on for melodrama as you’d expect of a stereotypical scorned ex-husband. He played this role with feelings, sensitivity, masculinity, and fear. This is what a star turn looks like. Johansson gives the best performance of her storied career and it’s not even close, leaving it all on the floor with every line reading, every display of strong drama, and even the humorous yet compassionate little moments that populate this film. The amount of dedication she exudes is a wonder to watch and it’s inevitable that her name will be called on Oscar night along with Driver. They both share natural chemistry that shines during scenes of argumentative chaos; the tears are flowing, insults flying, and they both exhibit goosebumps-inducing body language that is extremely realistic and is amazing to watch. Laura Dern as Nicole’s lawyer has the confidence and charisma to stand out amongst the drama and carve out her own place for award nominations. She gives a strong and snarky supporting performance that may be dwarfed by the efforts of Driver and Johannson but nevertheless makes a mark long after the credits pop up.

Randy Newman’s score is pleasant with its echoes of somber reflection, expressing itself with beautiful piano notes and violins that speak their own language. It supports the dramatic arc of the story without overstaying its welcome or becoming forceful in its magnitude, and is one of the few cases where a score feels like a compliment to the scenes and moods expressed by the characters.

The production design is a treat. Interiors are simply constructed yet feel down-home with their minimalism. Both New York and Los Angeles are treated with idealized versions of the hustle and bustle of city life. You have the cold and wintery streets of New York compared with the sunny and outgoing showmanship of Los Angeles, which also presents a parallel of the divide between Charlie and Nicole. Sublime editing is on display with the array of wonderful quick edits that show themselves during conversations. It gives the film a certain kind of rhythm that makes this story easier to tolerate and deal with the sadness of its message. Costume design is a big plus, too, with honorable mentions going to Driver’s Invisible Man costume and Johansson’s David Bowie, as well as Beatles-influenced wardrobe in some moments toward the end.

“Marriage Story” is a high mark of storytelling that will affect and impact many viewers with its realistic depiction of a marriage turning into a divorce. Intense and compassionate with its own sense of feel-good and hilarious moments to break up the heartache, Baumbach and Netflix have an Oscar darling on their hands.