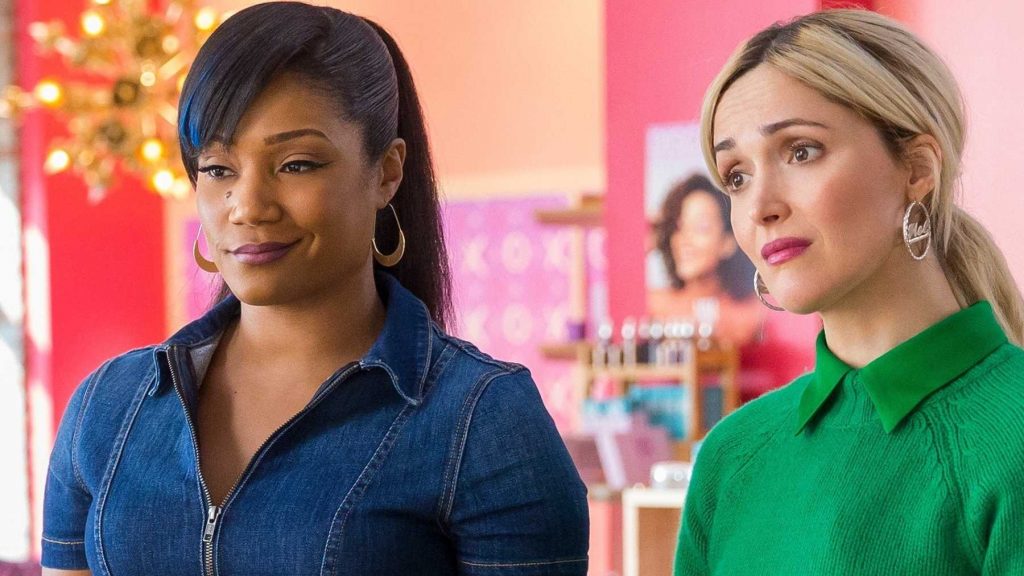 Comedy is in need of a defibrillator to bring back the beating heart of creativity in order to get rid of a plague consisting of worn-out trends. Writers seem to be lacking the ability to sit down and really brainstorm new jokes and punchlines that haven’t been heard before. Unfortunately, most general audiences will not bat an eye at being spoon-fed the same crass and raunchy humor because it all feels so familiar and comfortable. Excitement, however, does not come from being content and set in your old ways; there has to come a time where taking a risk is more than just an obscure concept. Humor encompasses greatness only by testing new heights and staying away from the road heavily traveled.

“Like A Boss” struggles to reach even the low bar of generic and redundant humor that fails to activate motion for the funny bone. Every punchline and sequence has been featured in dozens of films before, and it is puzzling to think what the writers were trying to accomplish. The focus is on two best friends (Tiffany Haddish and Rose Byrne) who run a makeup business that has fallen on hard times; they become the victims of mixing business with friendship, egged on by the greedy and predatory actions of a forthcoming benefactor (Salma Hayek). Haddish continues to spin like a broken record, playing the same loud and obnoxious character that sponsored her breakthrough into Hollywood stardom. It is very hard to understand what leading appeal Haddish continues to have for directors and studios because this act has gotten old and overdone. Byrne and Hayek do what they can to save the proceedings, bringing just enough credibility and talent to slightly overcome the cringe dialogue. I commend their attempt, at least, because they deserve so much better than this. Billy Porter is the only one who can make lemonade out of lemons, providing the only genuine laughs of the film. Everything else feels like a movie that is checking off boxes. Some of the lowlights include an opening monologue describing a wet dream with Barack Obama, weed-related hijinks that seem taken from a film like “Pineapple Express”, sexual humor that seeks to objectify women despite a supposed “female empowerment” vibe, Instagram references, and the quote “You smell so fresh and clean, like a thermometer before it goes in your butt”. None of this is hyperbole, this is the “high mark” comedy that is presented to the viewer.

If a person is not looking to be challenged and has a particular palette for the kind of routine, raunchy humor described, then this might be something worth seeing in theaters. For most, though, this film is Basic Comedy 101, underwhelming and downright bland. “Like A Boss” is, to put it bluntly, a waste of time, and it’s too bad there wasn’t a stronger boss in charge of the creativity department.