Yeah… I’m thinking he’s back. Not the best entry in this series, but nonetheless another incredibly satisfying time spent watching Wick do what Wick does best. 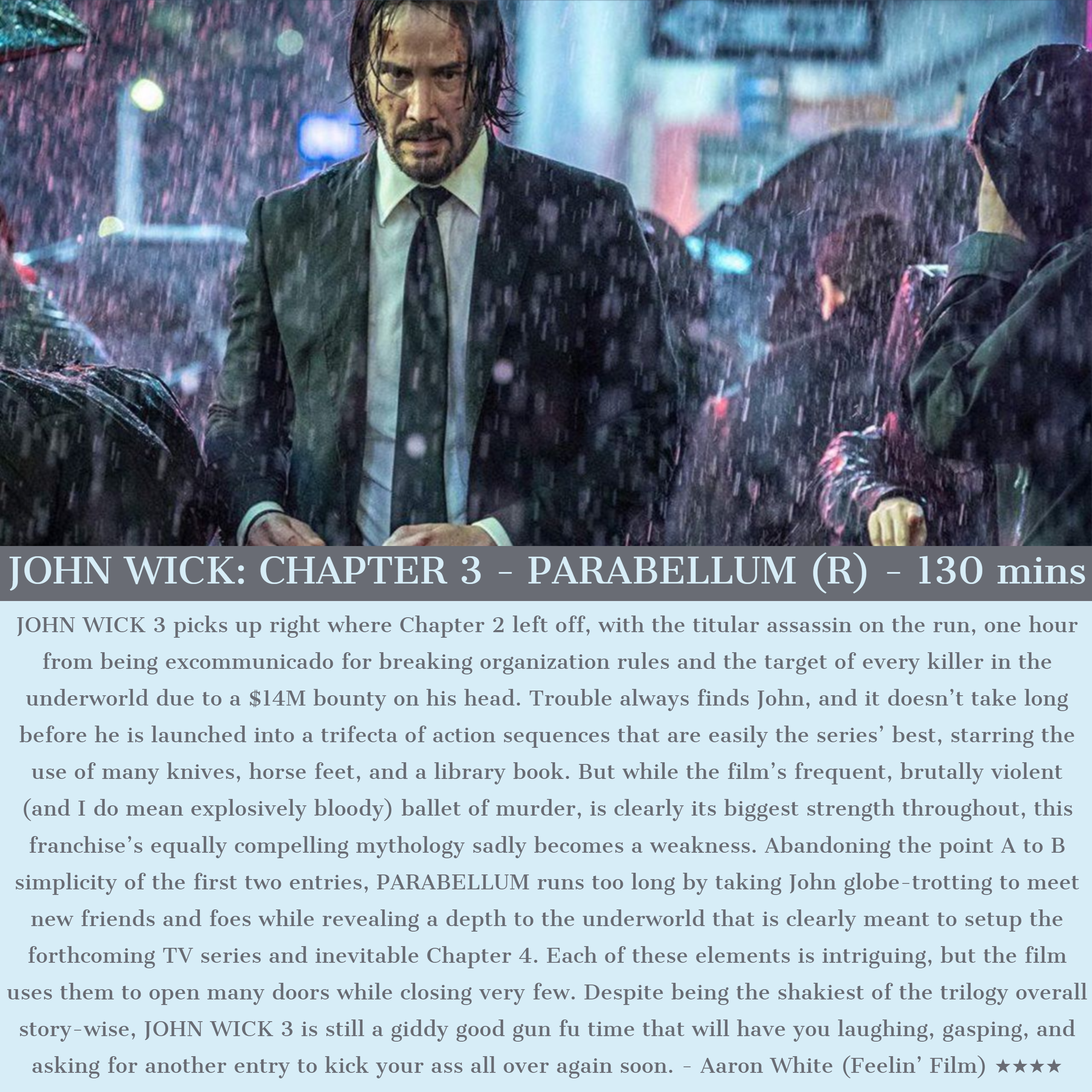