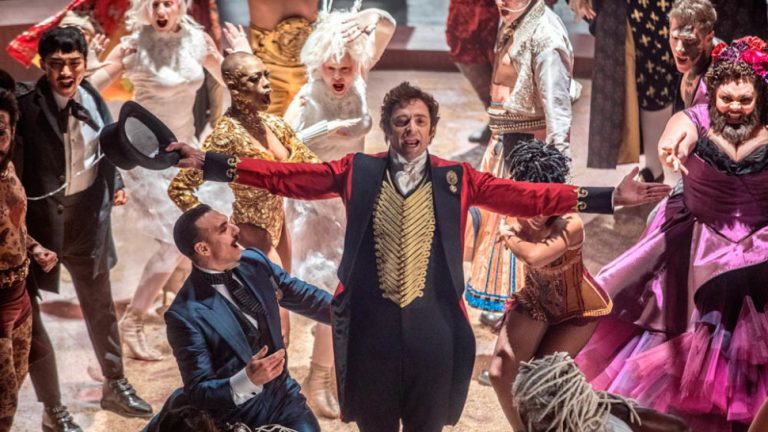 If there were only two genres of film that I could watch for the rest of my life, they would be Science Fiction and Musicals (and if I had a third it very well might be Biopics). The Greatest Showman is the latter two and looks to be shamelessly nostalgic. Its story of P. T. Barnum’s founding of the famous Ringling Bros. Barnum & Bailey Circus appears full of bombastic dance numbers, bright lights, and big voices. Jackman’s work in the movie adaptation of one of my favorite musicals of all-time, Les Miserables, coupled with his passion for bringing this project to the big screen instill in me the utmost hope. The thing that I love most about musicals is how they can make me feel and that starts with the entire team of creators buying in first. Jackman has said, “A bad musical stinks to high heaven, but when a musical works, there’s nothing like it. It’s everyone coming together and opening their heart.” I couldn’t agree more. My heart is open, too, and I’m ready to receive the spectacle.

P. T. Barnum is famously quoted as saying, “The noblest art is that of making others happy.” With The Greatest Showman, the Australian duo of director Michael Gracey and star Hugh Jackman fully embrace this sentiment in retelling the birth of show business. From the sensational opening scene, watching the film is a joyful experience. An homage to big musicals of the past, it progresses from start to finish linked together by one grandiose song after another, full of over-the-top production and exciting choreography. The passion poured into the project oozes off the screen in every performance and its multiple positive messages about chasing your dreams, using your imagination, and accepting everyone as they are serve as inspirational lessons for child and adult alike.  Also creating that emotional connectivity are the excellent songs, featuring lyrics from Benj Pasek and Justin Paul, the break-out songwriters of La La Land‘s award-winning “City of Stars.” Expect at least one of The Greatest Showman‘s awesome musical numbers to receive similar recognition at the 2018 Academy Award ceremony.

Jackman as Barnum is perfect. He has the charisma and vocal talent needed to a showman, and he pulls off both Barnum’s overconfidence and feelings of inadequacy equally well. One thing that must always be considered with biopics is whether or not they accurately depict the characters portrayed. In this case, Barnum’s slave ownership is overlooked completely and the film most likely treats him as more of a champion for the marginalized than he may have been. That being said, it does keep him balanced, showing plenty of poor decisions along with the ones that made him such a success. As a movie-goer, my primary desire is to be entertained, though, and whether its historically correct or not, the pleasure it provides is undeniable.

Also standing out are Rebecca Ferguson as “The Swedish Nightingale” Jenny Lind and Zac Efron as Phillip Carlysle, Barnum’s eventual partner and romantic interest of trapeze artist Anne Wheeler (Zendaya). Ferguson is outstanding and has the most touching solo vocal performance of the film. Efron, meanwhile, provides solid work throughout as someone who slowly becomes a sort of grounding figure for Barnum. He also has a standout musical number with Jackman that made me want an entire movie of just those two actors singing to each other while dancing their way through a plot.

The Greatest Showman is not without fault, however. It’s not a perfect script, and like many musicals of old some cheesiness does slip in. It also could have used a little more character development for the circus performers. While there are the briefest of backstories for them, their unique looks or talents would have been fun to explore further. Yet that would have also made the film longer. As is, its tight runtime of just over an hour and a half is a very good thing, allowing the music to stay center stage and never be silent for long. 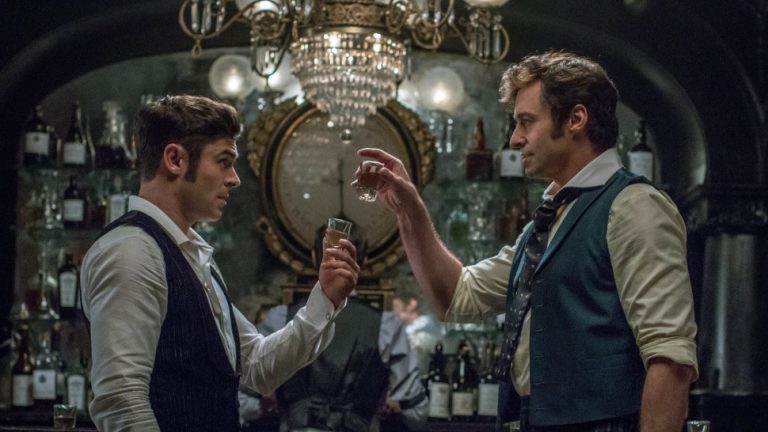 The Greatest Showman‘s reverence for the musicals of old shines through in every way. Full of impressive songs that form a soundtrack worth listening to on repeat, it is emotionally provocative and will have viewers smiling and humming their way out of the theater. Though its story may not be 100% historically accurate, the inspirational messages are no less meaningful. Likely to end up one of my most frequently re-watched films from 2017, The Greatest Showman continues the revival of the Hollywood musical and is one of the most enjoyable theater experiences of the year. Take the kids to this family friendly spectacle and enjoy the show!