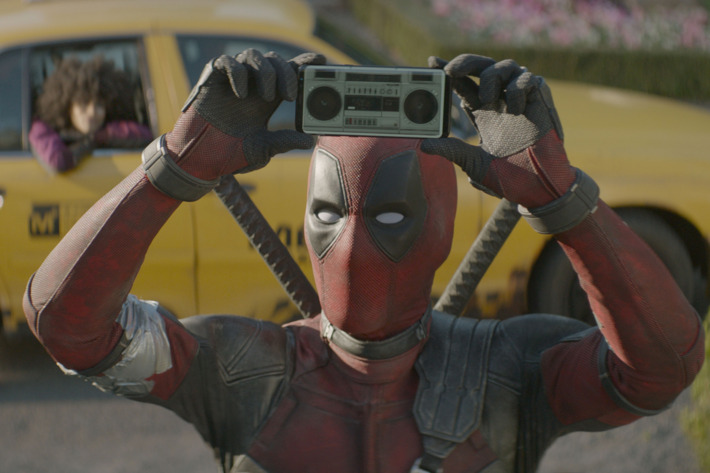 I think it’s time to change our perspective. In the world of comic book movies, there are no new stories. We’ve told them all. I don’t want to read another criticism that a film in the genre failed to tread new ground because there isn’t new ground to cover. We don’t need new stories, we need fresh ones. The original Deadpool was a fresh story. There weren’t any beats that were new, but Ryan Reynolds and company were able to inject enough fresh life into the old superhero origin story to make it the surprise hit of 2016 and guaranteed that we’d see the Merc with a Mouth on the silver screen again soon. The only question that needed to be answered was whether or not a sequel could stay fresh or if it would be nothing but a retread of its successful predecessor.

David Leitch’s Deadpool 2 puts us back in the world of Wade Wilson (Reynolds) at a time in his life where he has it all. He’s quite successful at his job and his home life couldn’t be better. But as is wont to happen in films like these, this bliss is short lived as one day, while Wilson and his wife Vanessa (Morea Baccarin) cuddle up on the couch in their Old Navy khakis and pastel sweaters discussing the expansion of their little family, some unfinished business changes his world dramatically and sends our beloved Pool on another journey of self-discovery. And all of this happens before the opening credits. From there the film embarks on what is essentially a “Would you kill baby Hitler if you could go back in time” kind of plot as DP assembles a team of mutants, the X-Force, to protect a child (and apparently future monster) caught in the crosshairs of the mysterious time-traveling Cable (Josh Brolin). That’s a pretty bare bones description, but I don’t want to give anything else away because what follows is 2 hours of violence, surprise cameos and laughs with a surprising amount of heart sprinkled in.

Unsurprisingly, Reynolds is the star of this show. Wade Wilson is the part he was born to play and he slips into Deadpool’s red pants with ease once again. Josh Brolin is very good as Cable, a man who has some very compelling reasons to do a really bad thing. Zazie Beetz was the highlight of the supporting cast as Domino, a mutant whose super power is simply good luck. While that doesn’t seem like the most cinematic of powers (at one point Deadpool criticizes the power for just that reason), Leitch and his team find a way to really make it work. My only complaint about the cast is that TJ Miller’s part wasn’t re-cast in the light of the numerous allegations about his behavior towards women. In a self-aware film of this nature, one that outright references the #MeToo movement with a joke or two, his presence sticks out like a sore thumb.

But does it stay fresh? In this reviewer’s opinion, it absolutely does. By leaning into the self-referential humor made the first film so successful, upping the ante on the action and violence and making effective pauses in the action and comedy to give itself real emotional depth, Deadpool 2 continues the trend set by the original of making the old feel new. Is it perfect? No. Some of the tonal shifts are jarring, there are some lulls in the action that last a bit longer than they ought to and a few of the jokes don’t land (but with as many of them as there are flying at the screen, the amount that do is quite impressive). Everything else adds up to a worthy continuation of the franchise that might even compete with the original. In short, if you enjoyed your first ride with Deadpool, I can’t imagine you wouldn’t love this one as well.

PS. This film has the best mid-credits stinger(s) in cinematic history. Enjoy!